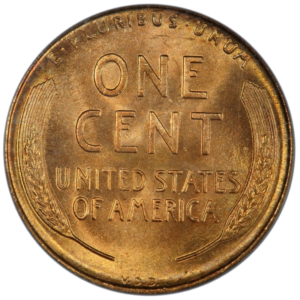 Throughout history only a few men rose to such prominence to be instantly recognized by their initials. Oh, there’s a few of course. Like FDR, JFK and LBJ. 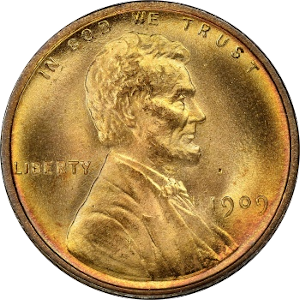 Victor David Brenner. If you haven’t heard the story, pour yourself a cup of tea and settle in for a treat.

Born Viktoras Barnauskas on June 12, 1871 in Shavli, Lithuania, Brenner immigrated to America arriving in 1890. Eventually, Brenner became a New York City jewelry engraver. However, his true passion was medals, sculpting and numismatics too!

Brenner honed his artistic sculpting and engraving skills, spending three years in Paris studying art and improving his craft. By 1906, Brenner returned to New York City and rose to prominence as his artistic fame grew. He created hubs and dies to make medals.

One of his most sought after pieces was a plaque of President Abraham Lincoln.

His talent caught the eye of President Theodore Roosevelt. In 1908, the President hand-picked Brenner to design a medal commemorating the Panama Canal.

Around this time, it was just after the passing of renowned artist and coin designer, Augustus Saint-Gaudens in 1907, the U.S. Mint was on the hunt for new designers.

President Roosevelt wanted a new coin to honor the 100th anniversary of Abraham Lincoln’s birth (1809-1909). He explored the idea of featuring an image of Lincoln on the coin as he considered and ultimately accepted the proposal submitted by Victor David Brenner.

Unlike Saint-Gaudens, Brenner was a passionate numismatist himself.

In 1894, Brenner had joined the American Numismatic and Archaeological Society. Also, Brenner was one of the original founders of the New York Numismatic Club, which regularly met at Keen’s Old English Chop House, a fancy restaurant for the well-to-do.

First Regular Issue US Coin To Feature a Real Person

Replacing the Indian head cent, the public eagerly anticipated the release of the new Lincoln cent in 1909.

Indeed, this was the first ever regular issue coin in American history to feature a real person!

On August 2, 1909, the police were called in to keep the crowds in order, as the coin was distributed for the first time at the Sub-treasury building on Wall Street. Newsboys famously took advantage of the huge demand, nearly doubling their money after braving long lines selling their Lincoln cents at three for a nickel.

Within a few short days, controversy and scandal broke out over Brenner’s initials V.D.B on the reverse.

Complaints emerged over the size and placement of the initials.

Indeed, Treasury Secretary Franklin MacVeagh approved the coin’s design months before the release. Dodging responsibility for the initials, MacVeagh said he had not noticed the offending V.D.B.

There is no actual proof. But, historical anecdotes suggest that U.S. Mint Chief Engraver Charles Barber held a grudge since he was passed over for the honor of creating this coin and that he helped fuel the initials controversy.

Swiftly only a few days after production began, MacVeagh sent a message: “Stop the mints!” He halted production of the coin and ordered the initials removed.

In that short time, however, almost 28 million cents were struck in Philadelphia and 484,000 at the San Francisco Mint.

The public caught wind of this and, amid rumors that VDB cents would be recalled and destroyed, people hoarded the brand new coins.

The lasting result is that some 1909 cents feature the V.D.B. initials, while most do not.

Interestingly, the initials were restored in 1918.

This Beloved Coin is Essential to Any Complete Lincoln Cent Collection

The Lincoln cent was the only coin ever designed by Brenner, but his tribute lives on as one of the most popular and widely used coins in American history.

Highly prized and hard to find.

1 thought on “The Controversy Over the VDB Lincoln Cent”