The Difference Between Wealth and Money - Blanchard and Company
My Account

Money is transitory. It is the only way to transact business/pay bills. From the beginning of time, this has always been the role of money. 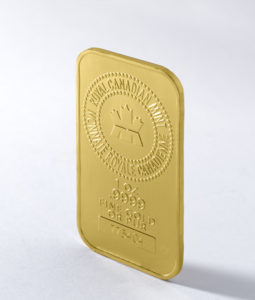 Wealth is different. Wealth is measured in real things. Property. It always has been and always will be.

In the United States, wealth and money (dollars) have become intertwined over the past fifty years or so. This is a recent phenomenon and is only due to the dominance of the US dollar on the world stage. The incredible worldwide respect for the dollar has allowed it to be considered a stable and valuable store of value. This has been evidenced by the fact that the dollar has always allowed you to earn a nice rate of interest by simply holding it in the bank. You could do nothing and make a decent return simply because you held dollars.

In July, the dollar posted its biggest monthly drop in value in a decade. This is likely, in part, what prompted Goldman Sachs to warn that the dollar was in danger of losing its status as the world’s reserve currency. In turn, Goldman stated “We have long maintained gold is the currency of last resort, particularly in an environment like the current one where governments are debasing their currencies and pushing real interest rates to all-time lows.”

Clearly, the days of easy interest are over. More than $10 trillion is sitting in money market and savings accounts making nothing. If the dollar had any level of respect left worldwide and this money was able to earn just 1% that would represent $100 billion in wealth created a year!! That is the magnitude of what has been lost. $100 billion a year at just a 1% interest rate.

Why can’t you make any interest? Because no one wants your dollars. They can get as many as they want from someone else. Is that where you want to store your wealth? In something that, returning to the norm, no one else really wants?

So what is really happening? A massive transfer of wealth is taking place right now. Massive.

This change is simply a return to the norm and is only beginning. Despite how obvious this is, very few have figured out what is happening. Ask yourself a simple question: Is the United States government going to print more money over the next ten years? If the answer is yes, you have a choice. Sit and do nothing and allow your dollar value to continue to be watered down, or take the responsible steps and build wealth for you, your family and your heirs.

Every day we hear about more and more trillion dollar “rescue” programs being passed by politicians. Rather than pay for these massive trillions upon trillions of dollars in handouts with taxes, the government simply prints the money. It is all really a clever way for the government to tax you without calling it a tax. How much is the tax? It’s equal to the gain in the value of gold over the past year – 33%!! Think about that. By doing nothing with your paper dollars in the bank over the past year, you were subject to a 33% tax.

Will you sit and be taxed on your dollars or make the transfer? If not now, when?

Read this article to learn more: The Hidden Risk of Money Market Funds