The party has ended. The promise that cryptocurrency will change finance and perhaps even the structure of our economy has faded. Within 2018 alone, Bitcoin, the most popular cryptocurrency, has lost more than 70% of its value. This dramatic drop has encouraged many to ask if the very concept of cryptocurrency is doomed. 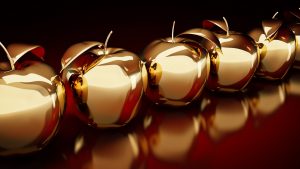 This turmoil among major coin offerings should be taken as a warning as the broader equities market begins to experience its own volatility. Geopolitical angst, rising rates, and unrealistic expectations have all driven share prices down across industries as 2018 looks certain to end in negative territory.

This market downshift is believed by many to portend either extended volatility or muted returns in comparison to what investors have experienced over the last decade.

The time is now for long-term investors to strategize for increased uncertainty.

Research has shown that precious metals like gold have “low correlations with stock index returns.” This finding is especially important as cryptocurrency investors and equity investors alike discover that much of their early enthusiasm was baseless.

Downturns, however, over the long run are inevitable part of investing. What is important is not attempting to buy and sell at the right times. Instead, investors entering this new market should be aware of moves they can make today to offset a faltering equities market.

Data shows that in seven of the eight largest S&P 500 declines, gold had a strong positive performance. Moreover, in three of these instances gold increased in value by double digits. Consider that between early October of 2007, and early March of 2009 when the S&P 500 lost 56.80%, gold earned a return, over the same period, of 25.5%. When the market “corrects” gold is there to help investors seven times out of eight. The inverse relationship between a steep drop in the S&P 500 and a rise in gold has been present in the 19702, 80s, and at three times in the 2000s.

Some will blame recent equity market downturns on the recent interest rate hikes from the Fed. Whether or not this argument is sound, the fact is that gold also performs well during rate increases. Since 1970, gold has risen in value during most of the Fed increases. The increased value of gold during these periods is not strongly correlated to the Fed’s movements. But the data shows that the common notion that Fed rates hikes are bad for gold are misplaced. In fact, the historic correlation between gold prices and Fed hikes is just 28%.

Gold helps ease bumps in the road and we’re headed for a rocky ride.