Gold is critical on the stage of the global economy. In fact, it’s so important that eleven nations formally agreed that the commodity is a mainstay of sovereign nations. While die hard equity investors often eschew gold as a relic of the past, the fact remains that our world’s economy requires gold as an international reserve. This is the belief underpinning The Washington Agreement on Gold first signed in 1999. It includes five major statements on which countries like England, France, Italy and the U.S. agree. 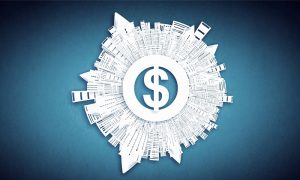 First, they all agree, that gold will remain an important element of global monetary reserves. This belief is illustrated not just by nations agreeing to the statement, the numbers also support their conviction. As MarketWatch reports, “Around 20% of all the gold ever mined is held by central bank and governments, with the biggest official holdings at the U.S. Treasury with 8,134 tons.” Research from the Official Monetary and Financial Institutions Forum posits that central bank activity surrounding gold can be delineated into “Seven Ages,” the most recent of which started in 2008 in response to the global financial crisis. They explain that since that upheaval “central banks in both developed and developing countries have shown a new fondness for the yellow metal, rebuilding gold’s importance as a bedrock of most countries’ foreign reserves.”

The second component of the agreement asserts that “The above institutions will not enter the market as sellers, with the exception of already decided sales.” This statement helps preserve the longevity of the agreement ensuring that the included countries maintain an equilibrium. Third, the document states that any sales arraigned before the agreement will occur over a period of five years with annual sales not exceeded 400 tons. Fourth, the countries agree that they will refrain from expanding gold leases and gold futures and options over the period of the agreement. This statement is, in effect, an extension of the promise to not enter into the market as sellers.

Finally, the countries agreed to review the agreement after a period of five years. History shows they all held up with end of the bargain and renewed the agreement in 2004, then extended in again in 2009. This is the reason that “Central banks have been net buyers of gold since 2008, and today comprise a significant portion of annual gold demand,” according to the World Gold Council.

What is most striking for investors about this agreement is the powerful message it sends regarding the importance of gold in global markets. It stands to reason that if all of these countries can pledge their commitment to hold reserves of gold then ordinary investors can have faith in the immutable value of the commodity. Case in point: we’ve seen central bank gold holdings increases steadily since 2007 where total holdings were nearly 30,000 tons. By comparison, in Q1 of 2017 that figure is over 33,000 tons. The longevity of the agreement may be rooted in the fact that in times of crisis gold outperforms US Treasuries, Japanese government bonds, German “bunds,” and UK gilts. Here, “crisis” includes events like the 1987 market crash, the Dot-Com bubble, September 11th and the global financial crisis of 2007.