Recently, President-elect Joe Biden announced a plan to spend $2 trillion during his first term in an effort to accelerate the adoption of clean energy in sectors like transportation and building. The plan is a major step in the renewed initiative to lessen, or even eliminate global warming. 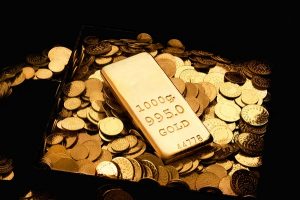 The move is large enough to have ramifications across nearly every industry, including gold, because large scale mining operation require an enormous amount of electricity and fuel combustion.

It is difficult to envision a world that balances decarbonization with gold extraction, yet that is exactly what the mining industry is attempting to achieve.

A new report from the World Gold Council concluded that the emissions associated with gold mining are expected to fall by 35% over the next decade. This drop will come from a move away from coal, diesel, and heavy fuel oil to renewable resources. This transition presents some significant challenges. Numerous countries will need to work in cooperation. Therefore, regulations must change on a global scale to have a global effect.

A major factor in this plan is the number of mines which source power from the electrical grid. This part of the picture matters because the decarbonization of power grids could dramatically reduce the emissions of the numerous mines dependent on this source of power. In fact, in the World Gold Council’s analysis of 158 gold mines 57% relied on grid-sourced electricity. A change to the grid means a change to the emissions profile of many of the world’s mines.

An example of this phenomenon can be seen in Nevada where the emissions resulting from grid electricity are expected to drop by as much as 36%, due to a shift to greener resources. The report also concludes that the emission intensity of grid power will fall by 20% by 2030.

Given the scale of change needed, it is likely that any meaningful drop in environmental impact from mining will need to come in several moves. In addition to grid decarbonization, the emissions intensity of mines could also drop due to changes in asset mixes due to the gradual closing of mines that are particularly demanding of energy. It is inevitable that older mines will simple shut down as the cost of extraction rises while the available stores of gold fall. These closures may be accompanied by the opening of new mines which are likely to be built with greener energy resources from day one. Additionally, other mines will likely employ new technology to become more energy efficient. Finally, recent advancements in solar power technology will also enable mines to adopt hybrid energy sources which will reduce their overall emissions profile.

Gold mines understand that their success and survival is dependent on green resources. These new energy systems are not only imperatives for our future, they are fast becoming part of their business model. Green technology often presents opportunities to capitalize on lower operation costs in the long run.