The Nuestra Señora de Atocha shipwreck was one of the most valuable in history. The Spanish galleon was owned by King Philip IV before sinking into the ocean in 1622 during a hurricane. It carried an armament of 20 heavy guns. The cargo was so vast that it took two months to load the gold, silver, copper, tobacco, and gems being transported. As a result, the sinking meant an enormous loss of wealth. 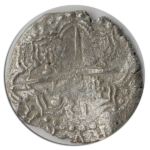 Even worse was the loss of life. Of the original 265 crew members, only five survived. Three of those were sailors and two were slaves. When it sank, the Atocha was just 86 miles from Havana. The valuable cargo demanded a salvage operation begin immediately. The Spanish authorities sent five ships to begin recovery efforts. However, those attempts were met with almost immediate failure.

One of the five ships ran aground. In time, they did find another ship (the Santa Margarita) that went down with the Nuestra Señora de Atocha. At a depth of approximately 56 feet, the divers had enormous difficulty retrieving the cargo. To further complicate the recovery, another hurricane hit in the month following the sinking which made any hope of a successful salvage operation remote. Over time the recovery mission dragged on.

After several years of work, the Spanish were able to reclaim about half of the contents from the Santa Margarita. Officials used the extremely dangerous method of a lowering slaves underwater in a diving bell. This solution uses a principle similar to submerging an empty cup, upside down, into the water which leaves an air bubble inside. It was within this limited space that the slave could breathe while looking through a window in the side of the bell in search of Atocha treasure.  These haphazard efforts were both immoral and, ultimately, ineffective because the Spanish government was forced to borrow funds to support their efforts in the Thirty Years’ War.

Meanwhile, they never reached the site of the Atocha shipwreck. Then, in 1969, a group of American treasure hunters took up an expedition that would rewrite history.

For sixteen years they combed the ocean floor. Finally, in July of 1985 they found the Nuestra Señora de Atocha. The Nuestra Señora de Atocha treasure consisted of mostly gold and silver coins minted between 1598 and 1621. The find was so valuable that the state of Florida took legal action to claim what they believed was, in part, their property. The state demanded 25% of the find.

The legal battle lasted eight years before reaching the U.S. Supreme Court. There, judges ruled in favor of the treasure hunters. The total find was estimated to be worth $400-$450 million,  consisting of approximately 40 tons of gold and silver and 70 lbs of emeralds.