The Scary Secret Behind 4.1% Economic Growth - Blanchard and Company
My Account

Did you hear? The U.S. economy grew by 4.1% in the second quarter. Should you cheer? Not so fast. 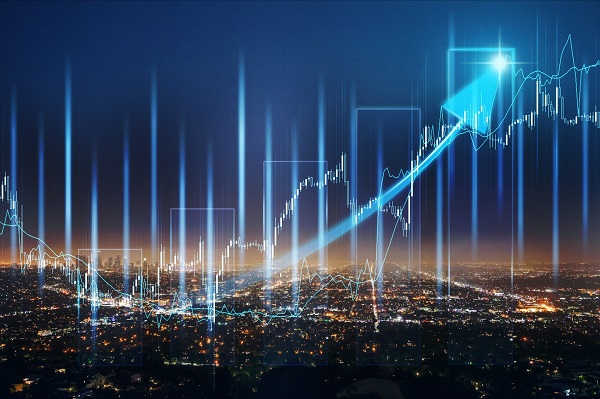 The scary secret that few are talking about is the hidden cost of the goosed up economic growth.

The massive corporate tax cuts passed in late 2017 are indeed having a short-term impact.

This is artificial stimulus that all Americans will pay for heavily down the road. Plus interest.

The tax cuts passed in 2017 added to the fast-growing federal debt. The government is on an unsustainable path of cutting taxes (reducing inflows to Treasury), while it ramps up spending even more.

Here’s what the conservative Heritage foundation had to say:

“Congress is bankrupting the country and robbing future generations of Americans to pay for it,” said Tommy Binion, Director, Congressional and Executive Branch Relations of The Heritage Foundation.

“The Bipartisan Budget Act increases spending by $386 billion over two years and nearly $1.5 trillion over 10 years. It also suspends the debt ceiling until after the next election,” Binion said.

“This is a massive and sweeping increase in federal spending. The increase in domestic spending is three times larger than even the increase requested by President Obama in his last budget,” he added.

What Can We Expect Next Year?

“This is an aging nine year-long in the tooth economic expansion. And those tax cuts, are a one off, you only get the spending boost for one year, and unless you cut taxes again the next year, there won’t be additional tax cut monies to line company and consumer pocket books,” said Chris Rupkey, Managing Director and Chief Financial Economist at MUFG.

“Growth going forward has a lot of headwinds, especially given the graying of society where baby boomers will stop spending as much and the decline in the national birth rate will also spell slower growth in the years to come,” Rupkey added.

“Pop the champagne today, but don’t get used to it. In the long run, we are all doomed,” Rupkey concluded.

Interestingly, Russia is no longer so keen on holding American debt.

In mid-July, the U.S. Treasury released a list of the top 33 national investors in our country’s bonds. Russia, previously in the top 10, was absent.

What are they doing with the proceeds from the U.S. bonds they are selling? Buying gold.

Russia recently overtook China in ownership of gold, with total holdings now standing at $80.5 billion, according to the Business Insider.

Russia is “moving from a safe asset to an ultra-safe asset,” Padhraic Garvey, the global head of debt and rates strategy at ING, said in news reports.

Gazing into the Future

America’s rising debt levels are dangerous and leave us all vulnerable to dramatically higher interest rates in the future, higher taxes and lower spending on entitlements like Social Security.

Here’s what the Council of Foreign Relations recently said:

“If the debt continues to grow at an unsustainable level, it could expose the country to a number of dangers, economists say. In the extreme, the risk rises that Washington’s lenders, many of whom are foreign, could suddenly lose confidence, demand higher interest rates, and potentially trigger a fiscal crisis. Short of that, the rising debt could gradually squeeze discretionary spending and deny the country tools it needs for security and economic stability. Bringing the debt into check, experts say, will likely require politically difficult decisions to either curb entitlement spending, significantly raise taxes, or both.”

What Can You Do Now?

There’s never been a better time to buy physical gold. Russia is dumping Treasury securities and buying gold. That’s a warning signal that other foreign nations might stop holding our debt too.

Unless our policymakers begin to act responsibly, going back to the credit card example, the credit card companies are going to impose higher interest rates and not allow you to charge anything else on your card. The situation is getting dire. Take action now to protect your assets. Kings, governments, wealthy individuals and money managers turn to gold century after century because of its inherent value and ability to store, preserve and protect your assets. Why not you too?