The State of Economy and Gold: U.S. Not Out of the Woods Yet - Blanchard and Company
My Account

Gold has served as money and a store of value for thousands of years and it’s no surprise that demand for gold is rising in the current environment with record high inflation, rising interest rates, climbing U.S. debt levels and the potential for a recession. Indeed, in the first half of 2022, gold demand climbed by 12% year-over-year, according to the World Gold Council. 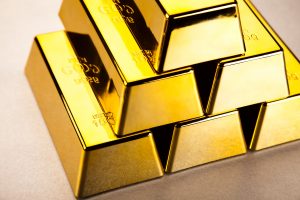 Let’s take a deeper look at the state of the U.S. economy and what it means for gold ahead.

In September, the pace of new single family homes sales tumbled by 10.9%, the Commerce Department reported. Thirty-year mortgage rates more than doubled in 2022 and now stand north of 7%, which is choking off buying interest and slowing home sales.

Why do home sales matter to economic growth? Consider this. When you buy a new home, you also usually buy new furniture, maybe some new appliances and items like lawn mowers and snow blowers, which spills back into the economy and drives economic growth forward. Thus, when the housing market slows, it is a contributor to slower overall economic growth.

A deteriorating housing market, alongside troubling inflation levels and an aggressive Federal Reserve, place the economy on unsure footing for 2023.

The latest GDP report revealed that the U.S. economy grew 2.6% in the third quarter, following the second quarter’s negative 0.6% decline. Improving export sales helped fuel the better-than-expected report. However, digging inside the data reveals a mixed view as consumer spending on goods fell for the third straight quarter – which reveals that the record high inflation is taking a toll on American’s everyday spending.

New reports on inflation show that prices are still climbing at a brisk pace. The widely watched Personal Consumption Index jumped 6.2% through September, while the U.S. Consumer Price index gained 8.2% in September.

The Federal Reserve already hiked interest rates five times in 2022 and is on track for another super-sized .75 basis point rate hike in early November. While third quarter GDP managed to trend higher, the fourth quarter and 2023 may not be so lucky if the Fed keeps its pedal on pushing rates higher – punishing Americans who are borrowing to buy homes, cars or even those with consumer debt.

Americans are getting hit on multiple fronts with the stock market careening lower, home prices falling and the price of consumer goods at a 40-year high. Inflation is destroying the purchasing power of your wealth and savings, while the value of financial assets including stocks and bonds is falling sharply this year.

What This Means for Gold

Gold demand is expected to remain high in this environment as investors look for safe havens in the current economic storm. While precious metals have slipped slightly lower, gold remains one of the best performing asset classes in 2022.

Peering just around the corner, with inflation stuck at 40-year highs and the potential for a recession looming, the macro situation is ripe for what economists call: “stagflation.”

Gold, it turns out, is the best stagflation performer since 1973 with a 12.8% annualized return, according to a Gold Hub investment update. At Blanchard, we recommend investors allocate 10-15% of their investment portfolios to gold. If you haven’t yet, consider doing it soon.