The U.S. Dollar Is Only 51 Years Old: Could It Go to Zero? - Blanchard and Company
My Account 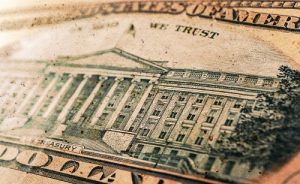 Could this happen? Consider this.

It was around 550 BC that societies around the globe first used gold as currency. You do the math.

Tie in the 40-year record-high inflation hitting Americans hard right now and you have a recipe for dollar disaster.  “Inflation is a very serious subject, you could argue it is the way democracies die,” Munger told Yahoo Finance earlier this year, citing examples from the Roman Republic to Adolf Hitler to Latin America.

U.S. inflation is clearly not transitory as the Federal Reserve said for months as they dragged their heels on attacking the problem. Now, they are well behind the curve as inflation is out-of-control and “sticky” as economists like to say. Indeed, U.S. consumer inflation registered another red-hot 8.3% reading in August. “If you look at the underlying trend — I look at labor costs and rent increases — they both are pointing in the wrong direction and going up at hefty paces,” Sung Won Sohn, an economics professor at Loyola Marymount University and president of SS Economics, told CNN Business.

What does billionaire Charlie Munger think of all this? “I think the safe assumption for an investor is that over the next hundred years, the currency [U.S. dollar] is going to zero,” he told Yahoo Finance. “That is my working hypothesis.”

For thousands of years, gold has served as a medium of exchange, store of value and wealth preservation tool. While your dollar-based assets could crash as inflation and government debt eat away at the fiat currencies feasibility in the years ahead, gold will continue to grow in value.

Since 1971, gold has increased in value by 5,785% percent. One of the best things about gold? Gold has no counter-party risk. There is no bank, brokerage, government that is on the other side of your trade when you buy gold. Owning gold gives you the peace of mind of true ownership of a physical hard currency that can be exchanged for paper currency in any country in the world. You never have to worry that a bankruptcy or government default will cause your gold’s worth to go to zero – unlike a stock, a bond, or even the U.S. dollar.

Do you own enough gold? The time may be ripe to trade your dollars for gold.