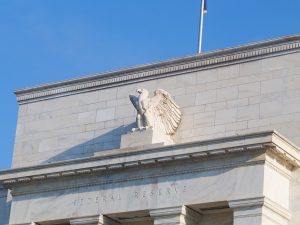 What is a central bank? Merriam-Webster defines it this way: “a national bank that operates to establish monetary and fiscal policy and to control the money supply and interest rate.”

Central banks are some of the longest-term investors around. They are the smart money and they are accumulating gold now.

If some of the smartest minds in the world are buying gold, it makes you think – “Do I own enough gold?”

Consider these 3 facts just released by the World Gold Council:

Governments and central banks around the world buy gold for the same reason that individuals do – wealth preservation, portfolio diversification, a liquidity source, a hedge against currency devaluation and the list goes on.

How much gold should you own?

Many investors wonder how much gold to buy. It turns out that portfolio allocation research found that investors who hold between 2% to 10% of their portfolio in gold can significantly improve performance.

For example, if you want to maximize protection for your $200,000 retirement portfolio that means it should contain about $20,000 worth of gold. With gold trading at $1,280 an ounce that means you should own about 15 1/2 ounces of gold to effectively diversify your portfolio.

One of the most important attributes that gold has is that it helps investors manage risk more effectively. When the smartest money managers are buying gold for the long-term, shouldn’t you be too?