Three-Cent Silver: Solving the problem of scarcity - Blanchard and Company
My Account 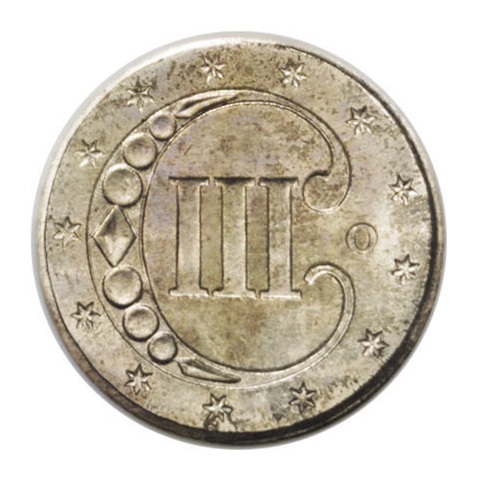 Officials minted three types over the years. The bulk of the minting occurred in Philadelphia. At first, many recoiled from the uncommonly small size. Type I (1851-1853) was originally minted with 75% silver and 25% copper to discourage melting down of the coins for their silver content…and they quickly became dirty and discolored. This led to the nickname “fish scales” at the time. Type II (1854-1858) came as officials increased the portion of silver in the piece to .900. Other changes were aesthetic. The star featured a triple line around the perimeter, and an olive branch and bunch of arrows. Type III (1859-1873) included only minor changes to one side of the coin most likely to improve the striking process.