As equities continue to ride high investors are seeking aggressive ways to amplify their earnings. However, beneath the euphoria of today’s bull market are risks that hide in the shadows. Here, we take a look at three things that might give investors the creeps. 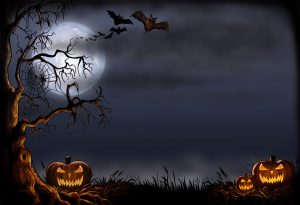 No, I’m not talking about Dracula. In recent months investors have flocked to this core of outperforming stocks. BATs consist of Baidu, Alibaba, and Tencent. Each are major players in the Chinese economy and have posted strong gains. Meanwhile, FANGs are more recognizable to U.S. investors. That group includes Facebook, Amazon, Netflix, and Google. Profits have been substantial here also. Lured by performance, many investors fail to notice the high costs of some of these holdings. Consider, for example that today Baidu trades for 44 times earnings. Alibaba is trading at a whopping 59 times earnings and Tencent at 53. Not cheap. These high prices mean each will need to generate major revenue to support the heavy expectations. Facebook, Amazon, Netflix, and Google are all pricey as well at 39, 280, 242 and 37 respectively. These high costs are representative of the stock market as a whole.

Interest Rates are Back from the Dead

Federal Reserve Chairwoman Janet Yellen has made clear her willingness to keep the option open for another rate rise before the year ends. Moreover, three additional rate increases are expected in 2017. What does this mean for exuberant equity investors? It means the surge in stock prices will face pressure in the coming months because as Russell Investments has reported “On average, U.S. equities perform somewhat worse in rising interest rate periods than in falling rate environment.” Even the Wall Street Journal has reported in recent weeks that “The stock rally could stall if the Fed moves to normalize monetary policy faster than expected, investors and analysts say.” Investors should take caution but few are allowing this reality to temper expectations.

The Man in the CAPE

Nobel Laureate Robert Shiller is the man in the CAPE. The specter of his cyclically adjusted price-earnings ratio (CAPE) looms large. This valuation measurement is at a near historic high. In fact, it has only been higher in 1929 and 2000, periods of catastrophic decline in the stock market. “We are at a high level, and it’s concerning,” he remarked in June of this year. This lofty figure has prompted some to warn that valuations are running too high and that a correction is due. Of course no one can (or should) attempt to time the market, however, when a measurement like this is at its second highest level since the late 1800s it’s time to consider how risks are growing.

Is doom around the corner? Likely not. But, investors would be wise to reevaluate their diversification strategy with commodities like precious metals. Gold and silver help spread out risk. Also, the same research cited from Russell Investments above noted that commodities “showed superior returns rising vs falling rate periods.” Sometimes the scariest things are those we don’t see until it’s too late.