There are countless ways to invest. Some prefer to simply “buy the market” and choose an equity index fund. Others have a more risk-averse approach choosing instead to stick with more predictable fixed-income products. However, all these different styles should include a consideration of modern portfolio theory (MPT). The reason: MPT is an important concept that applies to virtually all investing styles, even those that include exposure to gold. 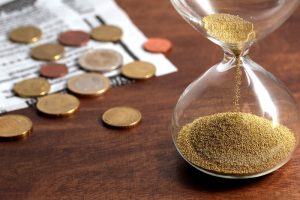 MPT represents the practice of seeking the highest possible return for a given level of risk. What makes the theory so intriguing is the way in views individual investments. MPT asserts that investors should not consider each component of their portfolio in isolation. Rather, each asset should be selected with consideration for how it impacts all the other holdings in the portfolio. MPT advocates for context.

However, engaging this concept can be difficult for gold investors because gold has so many singular characteristics that seem to have little relation to those of stocks, bonds and real estate. In fact, this uniqueness is the basis of its appeal for most investors. The question is: what allocation of gold is optimal in a portfolio? The answer, according to MPT, depends on what’s included in the rest of the portfolio. For the sake of simplicity, we can assume the other part of the portfolio is an S&P 500 index fund, a popular choice for today’s investors.

Revealing research from analysts offers some surprising answers to this question. In a segmented approach, the researchers looked at what gold/S&P 500 ratio would maximize the investor’s return over three periods of time, 2004-2014, since 1971 and since 1934.

To determine the optimal proportions, they had to consider what’s called the “efficiency frontier.” This is a curved line that sits on an “X,Y” axis. The points along the curve represent the highest possible return on an investment possible before the risk exposure becomes too great for that level of return.

The researchers found that from February 28, 2004 to February 28, 2014 a portfolio represented by only the S&P 500 would have earned an annualized return of 7.14%. Meanwhile, a portfolio of 100% gold would have delivered 12.84%. The diversified investor interested in holding both could have an optimized their balance with 68% gold and 32% S&P 500 offering an annualized return of 11.28%. Moreover, the annualized risk was actually lower than either holding all gold or all S&P 500. That’s the magic of MPT; you get an optimized return without unnecessary exposure to risk.

The researchers also determined that since 1971 the optimal gold allocation and S&P 500 allocation was 29% and 71% respectively. However, as the timeline expanded and they looked at the data since 1934 they found that investors choosing to hold both would have maximized their return with a portfolio of 41% gold and 59% S&P 500.

Eventually, the founder of MPT went on to earn the Nobel Prize in Economics. His work shows us how our conventional understanding of portfolio allocation can be flawed. While most people advocate for tempering their gold exposure, MPT and the hard figures behind the research show that investors can earn more with a larger investment in the metal.