In recent days, the Federal Reserve projected that they might make two interest rate increases by 2023. The equities market reacted decisively as the Dow fell more than 500 points, resulting in the worst week for the index since the fourth quarter of last year. 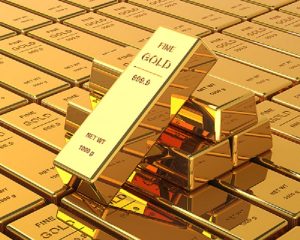 The possibility of interest rate hikes has many investors reconsidering their near-term plans, including those holding gold. The challenge, however, is untangling the connection between interest rates and gold because the relationship between the two is complicated and easy to misinterpret.

Many people hold the notion that as interest rates rise the price of gold decreases. The reason: a higher interest rate makes fixed-income investments more attractive. As a result, more investors allocate their money to bonds and money market funds. This response leaves less investible cash for assets like gold, which brings the price down. The problem with this thinking is that it ignores the fact that the correlation between interest rates and gold is less than 30%, and therefore not significant.

In truth, their have been periods during which gold has appreciated in price dramatically while interest rates soared. For example, by the late 1970s and early 1980s there was a strong positive correlation between gold prices and interest rates as both surged in tandem with each other. In contrast, gold had a historic run up in price in the 2000s while interest rates plummeted.

These events illustrate a simple fact: there is no consistency between the movement of interest rates and gold prices. Sometimes the two appear to move in sync with one another. At other times they diverge. There is no predictability to these movements. The popular perception that the movement of gold prices and interest rates are linked is an illusion brought on by our inherent need as humans to draw connections between aspects of our world. The need to link unrelated things is a result of trying to navigate an increasingly complex world.

Gold prices are not driven by interest rate movements. The real driver is supply and demand. The simplicity of this statement can be made even simpler by noting that the most powerful influence on gold prices is demand because changes to supply occur slowly given the time it takes to locate new below ground stores and bring new mines online.

The recent headlines urging investors to react to moves that will not occur until 2023 are simply noise. Prudent investors focused on the long-term ignore the sensational stories and continue to hold a well-balanced portfolio knowing that interest rates will have a limited impact on their gold if at all.