What China, Global Economy Tell Us About Gold - Blanchard & Company
My Account

Something’s afoot in China. Recently, the country has been on a gold buying spree. Data indicates that The People’s Bank of China increased their gold reserves by 60.62 million ounces in March alone. This figure marks the fourth consecutive month of increased purchases. China is not alone in their fervent gold acquisitions. 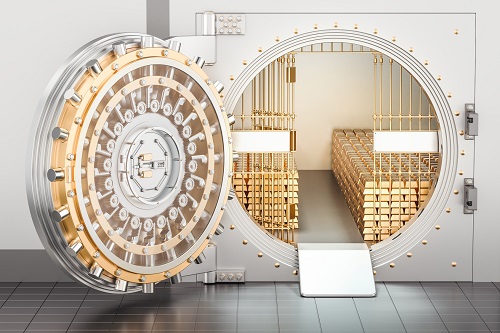 In 2018 governments across the globe added a total of 651.5 tons of bullion. This amount represents the second highest annual gain in history. Russia is an extreme example of escalating gold purchases. The country has quadrupled their gold holdings in the last decade. Their buildup of gold marks their movement away from reliance on the dollar.

China’s purchases are also motivated, at least in part, by movements in the value of the US dollar. Gold is a more desirable investment as the dollar weakens. Moreover, countries like China and Russia appear to be changing their strategy of using the dollar as a reserve currency. For example, China has been selling significant amounts of US Treasuries. Over the past year China has sold over $50 billion in US debt.

Some speculate that these moves away from the dollar and the US come as a precautionary measure as escalating trade disputes threaten economies across the globe. Others suggest that an impending economic slowdown domestically and internationally has initiated the retreat to a safe haven asset. The International Monetary Fund (IMF) offers this blunt assessment: “The global expansion has weakened.”

They continue by explaining that their recent downward revisions of expected global economic growth are due to “softer momentum in the second half of 2018.” The experts at the IMF also cite factors contributing to a slow down like new fuel emission standards for cars in Germany, financial instability in Italy, and financial contraction in Turkey. Meanwhile, China’s economy has slowed because of new regulations in the financial sector designed to impede shadow banking. Though the country has taken steps to improve the economy, many of these movements have been stimulus initiatives rather than organic growth emerging from a healthy business climate.

The US is not free from these dimming forecasts. The IMF also asserts that growth domestically will decline to 2.5 percent this year and will reach only 1.8 percent in 2020. Trade negotiations continue to be a focal point. Much of the rise and fall of economic projections for the US and countries abroad stem from concerns surrounding unresolved trade deals and negotiations.

While individual gold holders and purchasers may recoil from the cloudy global forecast, they can take solace in the fact the increased gold purchases from central banks may boost gold’s value. In fact, Goldman Sachs analysts “raised their price forecast for gold, predicting that over 12 months the metal will climb to $1,425 an ounce — a level not seen in more than five years,” according to reporting from Bloomberg.

“We expect the safe-haven bid, and to a lesser extent, gold’s inflation hedge properties, to remain key drivers of the metal’s price in 2019, complemented by a resurgence of physical demand,’’ remarked analysts with Cantor Fitzgerald, an American financial services firm.