What Does Italy Mean for Gold? - Blanchard and Company
My Account

Recently, gold prices have dropped due to fears surrounding political turmoil arising from Italy. Equity markets around the world have followed this same trend. The trouble began on Sunday when the President of Italy, Sergio Mattarella, blocked the appointment of the finance minister. Mattarella remarked that his decision surrounded “The uncertainty over our position in the euro.” 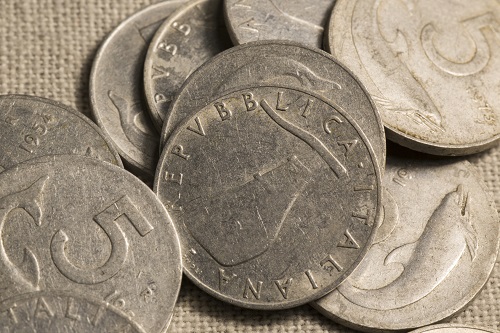 Concerns are growing as this decision marked the 84th day of Italy without a government. Moreover, the country is drowning is debt which now totals 2.1 trillion euros with more added daily. Historically markets have seen gold prices rise in uncertain times as the urge to retreat to “haven” investments increase. However, each scenario is a little different and as Edward Meir, a consultant at INTL FC Stone explains, “The stronger dollar seems to be offsetting the bullish impact coming out of Europe.” Now, the Euro is falling in value. This drop makes U.S.-traded commodities like gold more expensive for international investors. The one haven investment that’s increasing in value is the U.S. Treasury bond.

Trepidation isn’t limited to Italy. Many investors fear trouble in that country could pervade Europe. Meanwhile, sell-off fears are rising as more investors become less confident in the global political leaders of today. Perhaps this diminished trust is why “Gold has been behaving exceptionally well when measured across various major currencies, and it continues to maintain an uptrend against the U.S. dollar as well,” explained one portfolio manager at Sprott Asset Management.

More voting will likely occur this fall. However, investors aren’t excited about the event. Many fear that the ballots will strengthen the anti-Eurozone mood and ultimately lead to a fracturing of the currency. This outcome would wreak havoc on global financial markets. Equities and many bonds would fall in value as earning potential and confidence in credit worthiness decline.

In such a scenario gold offers a greater likelihood to preserve one’s wealth or even expand it. The problem, however, is more than Italy. Their exit from the Euro would likely precipitate other countries doing the same. Savvy investors might find clues to the future of gold in this scenario with a look to the not-too-distant past.

In the fourth quarter of last year we saw Catalonia’s parliament declare independence. This act was one of defiance in the face of the Spanish government. This event is a useful case study for investors facing Italy’s dilemma because “Catalonia is a small microcosm of the total European situation. But what it represents is the idea of an unstable European Union,” explained Dan Hussey, senior market strategist at RJO Futures in Chicago. Shortly after this move, gold prices increased.

Seasoned investors understand that the only certainty is uncertainty. Italy and Europe is top-of-mind for many at the moment. While this narrative unfolds, others are almost certainly beginning to take shape and in such early stages of development that we don’t see them. For this reason, gold remains an enduring investment that kicks into gear when you need it to.