What Does the Repo Market Drama Mean For You? - Blanchard and Company
My Account

Attention passengers, the pilot has turned on the seat belt sign. There is turbulence ahead. The latest drama in the repo market may be a wake-up call that all is not right in the banking system. 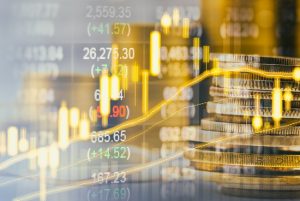 The repo market, a little-talked about corner of the U.S. financial system has been making headlines in recent weeks. Even if you’ve never heard of the repo market before, this latest news could be a warning signal that the house of cards is about to crumble.

The repo market officially stands for the repurchase market. That is an overnight lending market where banks make short-term loans to each other.

Running short on cash for the day? Banks can borrow money in the overnight market and pay it back the next day, usually at a very low interest rate around the Fed’s benchmark rate of 1.75%-2.00%.

At least that is the way it is supposed to work.

In mid-September, repo rates surged to 10%. The party line is that big demand for cash came as U.S. companies were squeezed as they needed to pay their corporate tax bills, which drained available liquidity from the financial markets.

Wondering when the last time this happened? Yep, you guessed it. Right before the housing market crash in 2007 and the Great Recession that followed.

Buckle up those seat belts, the ride could get bumpy ahead.

The Federal Reserve stepped in as the lender of last resort and has pumped over $300 billion into the overnight lending markets in just one month since mid-September.

Compare that number to $800 billion – or the size of the Fed’s balance sheet before the 2008 Global Financial Crisis.

What’s happened over the last month is BIG.

Private financial markets need public support and the Fed is trying to be the knight on a white horse.

The Fed announced last week that it will purchase $60 billion of Treasury bills a month starting in October. This will continue “at least into the second quarter of next year” to maintain ample reserves. Only time will tell.

What’s really worrisome is that this is the first time in 10 years the Fed has intervened in the repo markets. What would happen if the Fed didn’t step in and lend to these banks? Another bank failure?

The bankruptcy filing of Lehman Brothers in September 2008 was the domino that triggered the Great Recession and a huge bear market in stocks.

When the stock market is churning out double digit gains it is all too easy to forget what happened 10 years ago.

If you haven’t fully protected your portfolio with tangible assets like gold, take action now before it is too late.

Average savings accounts at banks are about 0.05%.

You aren’t even keeping pace with inflation at that rate. Why keep your funds in a banking system that is already showing cracks at the edges. Or, why keep your funds fully invested in a stock market that could turn on a dime. We’ve had a great run in stocks, but the cycle is overdue for a drop.

The question to ask yourself now: do you want a guarantee that you’ll get your money back?

If yes, move your cash out of a banking system with little to no interest or out of the stock market that is just begging for an excuse to drop.

Get peace of mind with a safe haven investment in gold. You can trust your investment in tangible assets will hold and grow its value no matter what happens at the bank down the block or to the stock market next month.