"What Happens If..." Biden Wins on Election Night…But Trump Prevails After Mail-in Ballot Count - Blanchard and Company
My Account 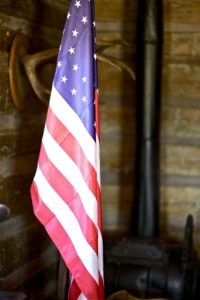 Democratic contender Joe Biden is ahead in the popular vote as of 9 pm ET.

Traditional “Blue” states like Washington, Oregon, California, New York and Illinois have been called for Biden.

Key battleground states like Minnesota, Wisconsin, Michigan and Pennsylvania with their rich number of Electoral votes are still undecided.

Will those states go to Trump or Biden? Americans across the country are glued to their favorite television channel watching the returns and waiting…

As of 10 pm ET, it becomes clear that the battleground states of Minnesota, Wisconsin, Michigan and Pennsylvania will decide the Electoral College victory and with that – the White House, no matter who wins the popular vote.

All that matters is which candidate earns 270 Electoral College Votes.

Waiting on the Mail-In Ballots…

TV news anchors tell viewers – there are still millions of mail-in votes that have not been counted!

Indeed, many states don’t allow the processing or counting of absentee ballots until Election Day. Processing simply means getting the ballot ready to be counted (signature verification and opening the envelopes).

In fact, Wisconsin and Pennsylvania do not allow votes to be counted or processed before Election Day. In Minnesota, ballots can be processed when they are received – however ballots cannot be counted until after the polls close in that state.

By 11 pm ET, news anchors are reporting that thousands and thousands of mail in ballots are being rejected!

The media reminds the country that these are most likely Democratic votes that are being tossed. Pre-election surveys showed Democrats twice as likely to vote by mail as Republicans.

In the contested 2000 Florida presidential election that went all the way to the Supreme Court – the culprit was hanging chads on paper ballots.

In 2020 – it turns out that mismatched signatures, voters who have moved since requesting their ballot and post-marks after Election Day are the major reasons over a million votes are thrown out.

As Americans wearily go to bed on Election night, Biden is well ahead in the popular vote. Yet, the states that will decide the 2020 election through the Electoral College (Minnesota, Wisconsin, Michigan and Pennsylvania) have not been called – and the nation must wait for mail in votes to be counted.

On Election Night, the stock market sells-off hard amid both the uncertainty and the expectations that Biden could win. Gold climbs quickly to a new all-time record high at $2,100 as investors rush to safe haven assets and on concerns that Biden’s policies would be inflationary.

What We Knew Ahead of the Election

Ahead of the election, hundreds of lawsuits clogged the courts over how signatures are evaluated on mail in ballots and whether voters can fix ballots that get tossed and other mail in voting issues. President Trump and the Republicans fought hard for strict signature matches. While, the Democrats argued for easier rules that gave people a chance to prove their identity, even if their John Hancock may have changed a little bit.

“At least 1.03 million absentee ballots could be tossed if half of the nation votes by mail. Discarded votes jump to 1.55 million if 75% of the country votes absentee. In the latter scenario, more than 185,000 votes could be lost in Florida, North Carolina, Pennsylvania, and Wisconsin – states considered key to capturing the White House,” according to an Oct. 8 USA Today article.

Fast forward to the results in our hypothetical scenario…

By November 10 – the key battleground states have finished counting their mail in ballots and it is announced – Trump wins!

Despite Biden’s crushing lead in the popular vote, almost 2 million mail in ballots were tossed due to technicalities, which delivered Trump the Electoral College and the White House for another four years.

Sound farfetched? Not really. Consider this.

Yet, more than 23,000 absentee ballots were rejected in the state’s presidential primary in April 2020.

Also, over 37,000 primary ballots were rejected in June in Pennsylvania, a state Trump won by just over 44,000 votes, according to NPR analysis.

In a close election, every ballot that is counted – or is not counted truly matters.

Why did this happen? Thousands of first-time mail in voters made simple mistakes that led to their ballots being tossed.

Pre-election studies revealed that voters of color and young voters were more likely than others to have their ballots not count because required signatures are missing or don’t match the one on record, or because the ballot arrives too late.

Voters saw evidence of this weeks ahead of Election Day 2020.

Yet these ballots were tossed in 2020 – as the hundreds of lawsuits leading up to the election were ruled on favorably by the heavily conservative U.S. court system.

Another four years is confirmed for President Trump.

We detail forecast and outlook for the economy and markets under a second Trump Presidency here. Key policy plans include falling tax rates, rising government debt, continued easing of environmental regulations and increased isolation of American within the world global power structure.

How do you see this or another hypothetical election scenario unfolding? We invite your comments below!

Read Part 2 here: “What Happens If….” Biden Wins in a Landslide