Every time you flip on the TV, read an article or listen to a radio show – there’s more news about inflation. 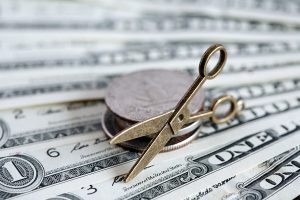 What is inflation exactly? The simple definition is – inflation occurs when demand exceeds supply in an economy.

Are we seeing that now? Yes, indeed.

That leaves consumers chasing after fewer goods and services amid shortages and pent-up demand, which means everything costs more now. But, you already knew that, right?

Consumer prices surged a whopping 5% in May – pushing inflation to a 13-year high.

If you think inflation is bad now – you haven’t seen anything yet.

Americans of a certain generation will remember the awful economic days in the 1970s.

An oil shock sent gas prices spiraling higher and meant Americans waited in long lines to fill their tank. Meat prices spiked – and many Americans went without. Prices on just about everything rose across the board.

President Nixon tried to intervene – in what became known as the Nixon shock. In a surprise presidential telecast to the nation on the eve of August 15, 1971 – Nixon declared wage and price controls. These were intended to be temporary measures to push inflation lower and fight against the ‘international money speculators’ who were selling the U.S. dollar on global markets.

Here is what Nixon said on that fateful day: “I am today ordering a freeze on all prices and wages throughout the United States for a period of 90 days.”

When his price controls were lifted – yep you guessed it, prices kept moving higher.

What finally solved the inflation problem?

When Fed chairman Paul Volcker raised interest rates to 20%. The economy entered a severe recession – it was painful medicine to cure inflation.

Will we see runaway inflation like we did in the 1970’s?

Time will tell. It is true that the Federal Reserve is not proactively acting to stem the fast-rising inflation we are seeing now. At its Fed meeting this month, the central bank left interest rates at rock-bottom zero. Fed officials said interest rate hikes could come as soon as 2023 – moving up the timeline – after previously saying in March that it saw no increases until at least 2024.

How Has Gold Performed When Inflation Rises?

Here’s what the Wells Fargo Investment Institute said on June 22:

“Our research shows that investments associated with tangible assets may be an option for investors concerned with higher inflation.”

The firm noted that “Since 2000, rising inflation typically happened in environments of economic expansion and rising interest rates, a backdrop a lot like what we see now…Commodities including oil and gold, also thrived. Commodity values have typically risen as demand has built up and inflation has spiked.”

Since 2000, Wells Fargo found that during periods of rising inflation – these assets performed best:

This is an important lesson for investors to understand today: Gold has produced double-digit returns during inflationary periods. If you are concerned about inflation, there are actions you can take now to protect and grow your money.

Reposition your portfolio for the fast-growing inflationary influences we see now. Consider increasing your allocation to gold so you can continue growing your wealth even during inflationary times.

If you’d like help understanding how much gold could be appropriate for your investment time horizon and long-term financial goals, call a Blanchard portfolio manager today at 1-800-880-4653 for a complimentary portfolio review.