Maybe you’ve heard the news? Zero or negative interest rates could be coming to a bank near you soon. 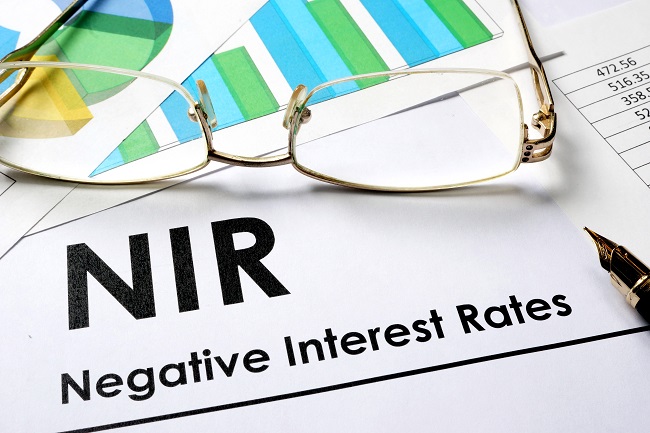 In the topsy-turvy world of negative interest rates, there are winners and losers. Savers lose. Instead of earning 1% or 2% on your deposits, you could have to pay banks to hold your money.

That’s not all. Here’s 7 things everyone should know.

ZIRP, or zero-interest-rate-policy is an emergency monetary policy measure designed to stimulate an economy that has gone into recession.

In the carnage of the 2008 global financial crisis, triggered by the collapse of Lehman Brothers in 2008, many central banks – including the U.S. Federal Reserve – slashed interest rates to near zero. Fast forward to today, over 10 years later, interest rates in most industrialized nations remain low due to stagnant economic growth.

#2 Why does the President want zero interest rates?

President Trump recently tweeted that the Fed “should get our interest rates down to ZERO, or less,” to allow the government to refinance its historic $17 trillion debt at a lower cost.

#3 What would Zero Interest Rates Mean For You?

Zero interest rates, or negative interest rates are bad for savers. You will earn no interest on your money market or savings accounts. Even worse, banks could charge you fees just to have your account open. Conservative investors will be forced into riskier investments in a “chase for yield.”

Zero interest rates can be good for borrowers, but typically during a recession, the appetite to buy new houses and cars, and demand for financing decreases.

#4 How does ZIRP impact banks?

Negative interest rates act as a tax on banks. Central banks charge lenders interest for sitting on cash. Banks profit margins get squeezed. Central banks penalize banks for sitting on cash in the hope of encouraging them to boost lending to businesses and consumers. There are concerns about long-term ramifications to our banking system if this untried negative interest rate experiment were to come to pass.

Results appear lukewarm at best. During a recession or slow economic growth times, consumers are less eager to buy new homes or cars. So, low interest rates don’t stimulate growth. We learned that in the years after the 2008-2009 Great Recession. The Fed kept rates near zero for almost a decade, yet for many years the economy remained very sluggish.

#6 What do the critics say?

“Negative interest rates have failed in Europe and Japan,” Richard Fisher, former president of the Dallas Federal Reserve Bank, recently said. “They are anathema for savers and our community and regional banks that bank the average American.”

Danielle DiMartino Booth, CEO and chief strategist for Quill Intelligence, warned that negative rates would bring the debt-reliant US economy “to its knees. Negative interest rates are about as un-American as you can possibly be. We are a nation that, for better or worse, needs credit creation to grease the wheels of the economy. Without that, growth would truly come to a standstill.”

The Federal Reserve meets next on September 18.  Don’t expect the central bank to bow to political pressure to drop rates to zero this month. But, do expect lower rates.

Fed Chairman Powell has stated that the uncertainty created by the U.S.-China trade war is having an impact on economic growth, which could result in the Fed lowering interest rates next week.

Looking ahead, this could become a very real issue here in the U.S. Bank of America recently said, “We believe negative rates in the U.S. are a possibility.”

Lower interest rates may sound good, especially for those who want to borrow money. Be careful what you wish for. It’s really a sign of an unhealthy economy when there is no inflation and weak demand.

But, wait there’s more. When the Fed lowers interest rates while the economy is still growing it is like firing bullets in the air.

Soon, the Fed’s holster will be empty and interest rates will be at zero.

That will leave the Fed out of tools to fight a real recession once it actually comes. That would open the door to more quantitative easing, and whatever other unconventional monetary policies the central bankers can dream up that end up debasing our currency further and weakening our financial system.

Former Fed chairman Alan Greenspan said recently that “gold prices have been surging recently because people are looking for ‘hard’ assets they know are going to have value down the road as the population ages.

Gold is already up about 20% in 2019 as investors pile into the time-honored safe-haven of gold bullion. If the U.S. moves back to a zero-interest rate environment like it did during the 2009-2009 Global Financial crisis or even goes negative, expect new all-time highs in gold above the $1,900 an ounce level. $2,000 gold here we come.

Investors will continue to pile into hard assets that retain and grow in value like gold bullion in this future of zero and negative interest rates.

There’s already a lot of idle cash sloshing around in the financial system, sitting on the sidelines in low-interest cash savings or money market accounts.

Just last week, Rob Kapito, the head of the world’s largest money manager BlackRock,  pointed to over $73 trillion in cash parked in portfolios around the world. Investors are waiting out the coming storm in cash, wary of the sky-high stock market and low-returns in the bond market.

That will soon change. These investors will be forced out of negative rate accounts (who wants to pay to have someone store your cash!) and into high performing safe-havens like gold bullion.

Soon these cash accounts will be severely impacted by zero and negative interest rates, which will trigger a massive flight-to-safety into the one commodity asset that has proven track record during economic turmoil – gold.

The global gold rush is just getting started. There’s a lot of cash that investors can put to work, which will send gold soaring to new all-time highs.