Why Do Central Banks Intend to Increase Gold Reserves in the Next 12 Months? - Blanchard and Company
My Account

A 2021 Central Bank Gold Reserves survey concluded that 21% of central banks plan to increase their gold reserves over the next 12 months. The question is why. 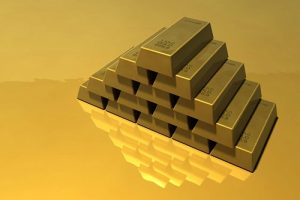 The same body of research found that 84% of the respondents cited uncertainty arising from the post-COVID recovery as a major influence over their decision to bolster their gold holdings. Interestingly, 52% of the survey participants indicated that they think global central banks will increase their gold holdings in the coming year. The World Gold Council explains that these moves highlight “the importance of maintaining liquid, uncorrelated assets in a reserve portfolio.”

Put simply, central banks are purchasing more gold today due to its performance during periods of crisis. The events of the last 15 months have made risk a central focus for businesses, governments, and institutions planning for the future. Central banks have made it a strategy to build their gold reserves not only to safeguarding against uncertainty, they also hold gold due to its lack of default risk, its ability to store value over the long-term, and its freedom from political risk.

The increase of gold purchases in central banks across the globe are also likely in response to fears of rising inflation. Previous research from the World Gold Council shows that “gold had an annual average return of 15% in years when the US Consumer Price Index (CPI) was higher than 3%.” Additionally, as international trade slowly resumes more countries are equipped with the capital to boost their gold reserves.

Gold has a heightened relevance in a world where uncertainty looms large. When gold is included as part of a diversified portfolio it serves as an uncorrelated asset and can provide additional protection as the value of the US dollar falls. This characteristic of gold has a strong influence over central bank stakeholders. Consider that the survey found that half of the responders believe the dollar will drop in value in the near-term.

However, the uncertainty that worries central banks is not just about the US. While, nearly 70% of those 18 and older in the US have received at least one dose of the vaccine leading to a strengthening economic recovery this return to normalcy is not evident across the globe. Many countries continue to struggle. Some of the most devastated areas are suffering their worst case count since the pandemic began. This environment has major implications for central banks everywhere including the US because gold is an asset used in international trade and has value that is universally understood.

Simply put, while the economic outlook improves in the US, the situation remains dire elsewhere. This is the reason central bank gold holdings are set to grow over the next 12 months. These anticipated purchases may bolster the value of gold due to both supply and demand dynamics and a heightened awareness of the safeguarding effect gold has on a diversified portfolio.