When a man like Russell Napier speaks, people listen. 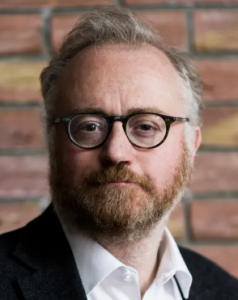 And they should. In the summer of 2020, he forecast the inflation of today long before anyone saw it. There were many who didn’t agree with his assessment. After all, we had not seen any meaningful inflation in about 40 years.

For nearly 30 years Professor Russell Napier has advised global institutional investors on their asset allocation strategies. He is also the author of Anatomy of The Bear: Lessons From Wall Street’s Four Great Bottoms, which examines how bear markets form and how they end. He is the founder and course director of The Practical History of Financial Markets course that is part of the Edinburgh Business School MBA.

In recent months Napier has made some of the boldest forecasts of his career. When asked what he sees ahead for the US economy he has two words: financial repression.

The term financial repression describes a setting in which the government allows the rate of inflation to exceed nominal interest rates. Why do this? Because doing so enables the government to diminish debt via inflation. As Napier explains, “engineering a higher nominal GDP growth through a higher structural level of inflation is a proven way to get rid of high levels of debt.”

Napier sees this as an imperative because the current total private sector and public sector debt in the US is at 290% of GDP. At this level, it will not be long before the government is forced to engineer financial repression to avoid disaster.

He expects consumer price inflation to settle into a range between 4% and 6%. Napier explains that this is the likeliest range because it is what the government can get away with because financial repression, by design, steals from savers and old people. Therefore, it must be done slowly to avoid the pain that is too intense.

What does this mean for investors?

He explains that “gold will do well once people realize that inflation won’t come down to pre-2020 levels but will settle between 4% and 6%.” This makes sense because it is what we have seen before.

Financial repression was used in the US between the period of approximately 1945 and 1975. During this same period, gold increased by approximately 72%.

Government bonds will likely be a bad place to be invested because the rise in the cost of goods will exceed the interest rate earned on those investments.

Even equities will present problems because so many investors have committed their savings to index funds largely composed of companies that fared well in the previous decades which were fundamentally different from what Napier believes is ahead of us.

The problem for most investors is that financial repression is a foreign concept because we have not seen it for 40 years. “Many investors today still pretend that we’re in the system that we had from 1980 to 2020. We’re not. We’re going through fundamental, lasting changes on many levels,” he remarks.

Forward-thinking investors who heed Napier’s words will be well positioned to not only weather the coming climate but to flourish in it.