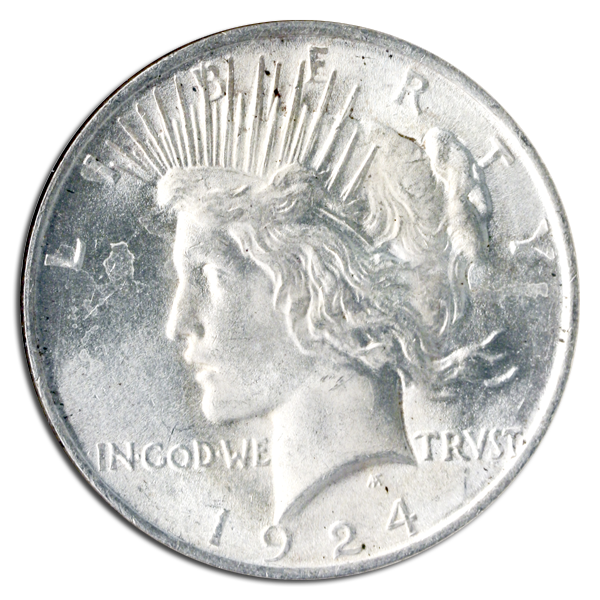 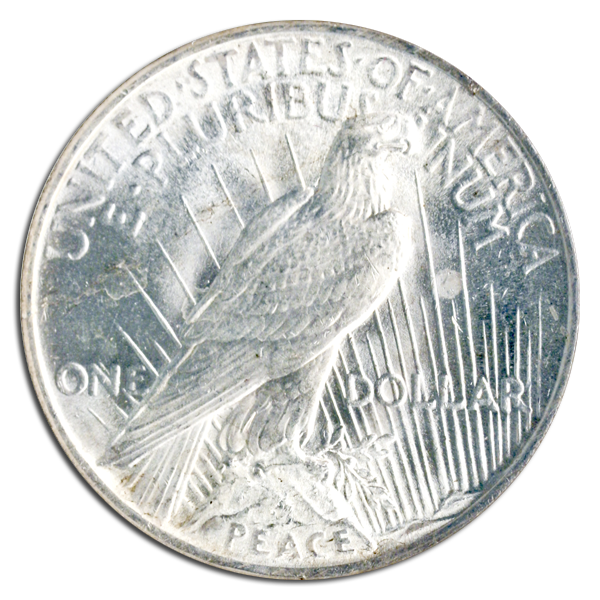 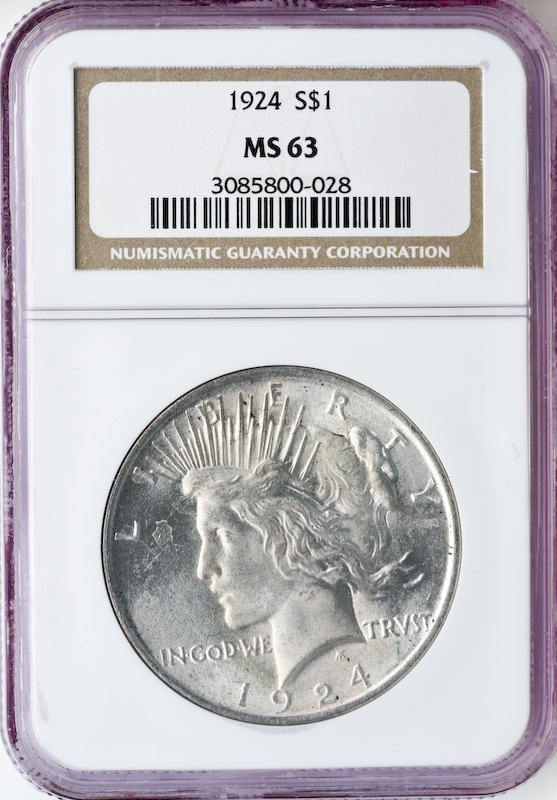 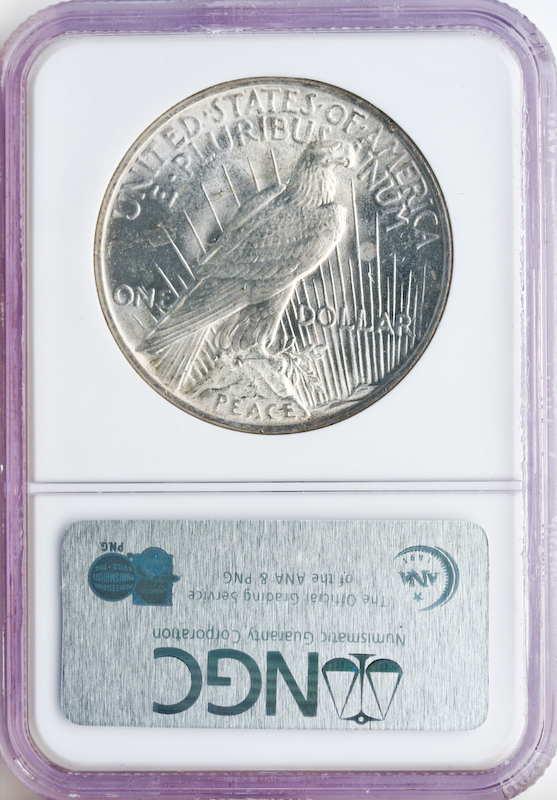 The 1921 Peace Dollar has origins dating back to 1878 when Congress passed the Bland-Allison Act. This measure required the Treasury to make a monthly purchase of $2 million in silver for the sole purpose of converting the metal into silver dollars. These pieces carried the name Morgan Dollar because their design came from engraver George T. Morgan. However, by 1918 World War I had wreaked havoc. In an attempt to destabilize the British, Germany began a deception campaign aimed at convincing the public that England was unable to sufficiently back their paper currency with silver. As a result, more people began to hoard silver. Prices increased which caused further troubles for Britain. America stepped in to help, selling England more than 270 million silver coins at $1 per ounce. In doing so, nearly half of the Morgan Dollars minted at that point were melted and shipped abroad. Soon, the U.S. needed to strike new silver dollars in accordance with the Bland-Allison Act. Some suggested designing these new coins to commemorate the end of The Great War, later known as World War I. Charles Moore, the U.S. Commissioner of Fine Arts, and sculpture James Earle Fraser, convened with the mint director to organize a competition for the design of the new piece. A group of artists would be invited to submit designs with an award of $1,500 going to the winner. However, when the plan for a Peace Dollar was introduced as a joint resolution it met with some resistance. Fortunately, advocates for the peace dollar were able to move forward with their plans because the Morgan dollar had been in production for over 25 years, meaning it was now officially subject to change per the provisions of the Bland-Allison Act.