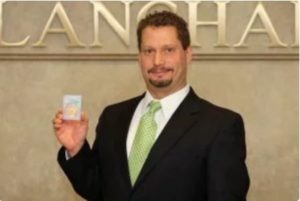 The investing world spotlight shifted to silver this week. The same group of Internet day traders that drove GameStop dramatically higher in January turned their focus to silver. While the online message boards touted silver ETFs at first, the news triggered a rush into the physical silver market. The U.S. Mint’s silver coin sales jumped 24% to 4.775 million ounces last month – that was the highest for a January since 2017. Several U.S. major bullion dealers ran out of silver on the last day of January. The buying frenzy drove the price of silver to an 8-year high and unleashed massive market volatility.

As widespread commentary about silver – some true and some not true – circulated on websites, we spoke with David Zanca, a 25-year veteran of the precious metals industry and Senior Portfolio Manager at Blanchard and Company, to gain the inside scoop on recent silver market developments.

Editor: What type of misinformation are you seeing about the recent silver market volatility?

David Zanca: The most misleading statement is that there is no more silver available for investment in the United States. That’s not true.

I see dealers quoted stating that their demand over this past weekend was 10 times normal. That says nothing because their normal weekend demand could only be 10 ounces. It’s misleading.

Yes, there is a tremendous increase in a physical silver demand. But, do we know that it is 10 times? I don’t know.

Editor: What are you seeing in terms of silver pricing during the recent surge?

Editor: Let’s dive into what some of those terms mean in a minute. But, first, how are they getting away with that?

David Zanca: It’s because of the hype. There are many new, inexperienced and very excited investors – but they don’t know where to turn.

Editor: What drove silver prices to an 8-year high in the past few days?

David Zanca: The sleeping giant was awakened. The general public is concerned – and some are even fearful or angry – that the U.S. government is continuing to print money.

People work very hard to earn their money. Yet, the government devalues their hard work and their dollars by printing more money.

It’s not fair to anyone and especially to the average guy or the middle class.

Fear and anger are powerful motivators.

A new wave of investors is learning they can easily reduce their exposure to the U.S. dollar system – by trading their dollars for precious metals. We’ve seen the same phenomenon in bitcoin. Yet, metals are different because you can see it, you can hold it in your hands – gold and silver are tangible, physical assets. And, unlike the exploding paper money supply, precious metals have a very slowly increasing supply.

Editor: What was the trigger for this new wave of silver buying?

David Zanca: What happened is a lot of people started talking about it – and explaining how simple it was to trade dollars for metals. The Federal Reserve created the powder keg – by continuing to print money and devalue everyone’s wealth and work. And the Internet chat boards lit the fuse.

We are seeing more new clients than I have ever seen since 1994 when I first joined the precious metals industry.

People are scared. They read and hear about all this new money the Federal Reserve is printing and they know they need to protect themselves.

Now, it’s spreading like a wildfire. It’s spreading among people – how simple it is to trade your dollars for gold and silver.

Editor: Let’s talk about how the silver physical market is priced?

David Zanca: The basis for pricing a Silver American Eagle is the paper spot market.

When investment demand increases, those investors that own physical metals are rewarded because there is a limited amount of physical silver that can be used for investment.

When demand increases, the paper spot market price and the physical market price begin to separate and widen.

For example, the paper price could just move sideways in a narrow trading range. But, if physical demand increases – the physical price will continue to climb – and that separation will become greater. That is sometimes referred to as the “premium” over spot price.

A premium is typically about $4-8 over the spot price, depending on the product.

Editor: What’s happened to silver premiums lately and why?

David Zanca: The premiums have gone up. There is a tremendous increase in demand for physical investment silver. And, that demand rewards those who own the physical metal – they can demand more for the physical than what the paper spot price is reflecting. This is why investors should own physical metals rather than any form of paper like an ETF or gold mining stock.

Editor: What is the spot and physical price now?

David Zanca: The price of a one ounce American Silver Eagle is $34.46. The silver spot price is $26.78. The premium is the difference between those two prices.  (Note: Current prices at the time of publication.)

When people see the spot price going down or not moving up as fast as the physical price – that is an indication that physical demand is rapidly accelerating.

Editor: Tell me again – how has the silver premium changed in recent days? It’s shocking.

David Zanca: As I mentioned, some folks that are supposed to be legitimate firms are charging $12 and 15 over spot for product that can be had for $6.00 over this spot.

Editor: How does Blanchard handle the premium?

David Zanca: We only move premiums when our costs rise.  Any rise in price is due to our underlying costs to acquire the product.

Editor: How are Blanchard’s supplies?

David Zanca: Multiple products like fractional gold are completely sold out. Quarter ounce gold is sold out. Silver supplies are tightening quickly. Some product is in a delayed delivery status. Delayed delivery is inconsequential as long as your dealer – the source you are purchasing from – will allow you to liquidate even prior to delivery. Here at Blanchard – we do that. I’m not aware of any other firm that will do that for a client.

Editor: How can a metals investor find out what the fair pricing is?

David Zanca:  New investors should try to actually speak on the phone to an advisor at the firm they wish to purchase from. At Blanchard, we create long-term relationships with our clients. We educate them and let them make an informed decision as to whether they want to invest or not.

Editor: What is the most important thing for new investors to know?

Precious metals are an incredible long-term investment appropriate for everyone’s portfolio. That importance is greater now than ever because of the actions of the Federal Reserve.

Supplies of silver have been getting tight for at least a year now. The Internet movement to buy silver only lit the fuse to the powder keg that the Federal Reserve built.

Precious metals should never be viewed as a short-term investment. Buying gold and silver bullion should be viewed as a vital portion of the long-term storage of your wealth.

Editor: What’s your outlook for silver over the next few years?

David Zanca: It’s incredibly positive, based on the massive increase that is taking place in the United States paper money supply.

The sleeping giant has been awakened. We are seeing new silver buyers coming from all areas of the country, all levels of income and all levels of wealth.

Yet, this is not just new investors. We are seeing this from long-term investors and high net-worth individuals that have that same frustration and concerns. They are trading out of dollars, out of bonds, out of CDs, out of money market funds, out of stocks they’ve sold, out of land they’ve sold and buying gold and silver bullion.

Investors are concerned about a rapid rate of inflation.

They have no vehicle to protect themselves against that inflation other than physical gold, silver and rare coins, which have proven to be one of the absolute best hedges against inflation over time.

As long as the government continues to print money – there will be this intense demand for precious metals. The gold and silver that we are placing now may likely never come back to the market.

Editor: How can a new investor reach you or another portfolio manager at Blanchard?

Editor: This was an enlightening interview. Thank you for your time.

Blanchard is the nation’s largest and most respected tangible assets investment firm. Blanchard is family owned and has served clients for over 40 years.

Blanchard has deep roots in gold’s history in America. It was in 1933 that President Franklin D. Roosevelt prohibited private U.S. citizens from owning gold. Decades later, Blanchard’s founder, Jim Blanchard, rose to prominence as a supporter of American’s right to own gold in the early 1970s. Jim Blanchard gained national attention when he arranged for a biplane to tow a banner proclaiming “Legalize Gold” over President Richard Nixon’s inauguration in January 1973. His lobbying efforts were a success and, after more than 40 years, Congress once again legalized private ownership of gold bullion effective Dec. 31, 1974.

Once the gold restrictions were lifted, Jim Blanchard founded the company in 1975 and helped build it into one of the nation’s largest and most respected tangible asset investments firms.