Four Factors That Can Drive Gold Higher In the Second Half

Gold is on a tear, up 13% already in 2019. Many believe this rally is just getting started. Here are 4 reasons gold is expected to continue climbing in the second half of the year. 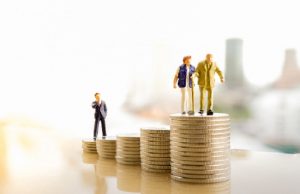 There is an old saying – “Don’t Fight the Fed.” For precious metals investors, that translates into higher prices ahead. The Federal Reserve is expected to slash interest rates this week and with up to 100 basis points in rate cuts over the next year. Lower interest rates historically translate into higher gold prices.

Last year, global central banks purchased more gold than at any time since the early 1970’s. This year? Central banks are still buying gold. Lots and lots of gold.

Russia, China, Hungary, Poland, Egypt and India are a few of the countries who are consistently buying gold. In the first quarter of 2019, central banks added another 90 tonnes of gold to their coffers.

In late July, the World Gold Council published its 2019 Central Bank Gold Reserves (CBGR) survey. This survey revealed “continued robust central bank demand for gold in the short and medium term. 11% of emerging market and developing economy (EMDE) central banks surveyed say they intend to increase their gold reserves over the next 12 months.” That keeps a strong demand element in place for gold, which supports higher prices ahead.

Investors are piling into gold and momentum is strong.  The yellow metal has climbed 13% since the close of 2018 and many Wall Street experts say the bull market is just getting started.

Individual investors are turning to gold because it is a well-documented safe-haven asset, with no counterparty risk when you buy physical bullion. It’s safe, easy to buy and sell and offers investors a return, especially during periods of financial market instability or crisis.

Billionaire investor Ray Dalio wrote in July in a LinkedIN post: “I believe that it would be both risk-reducing and return-enhancing to consider adding gold to one’s portfolio.”

“[W]e believe there is a very good chance that this marks the beginning of a new gold bull market,” Joe Foster, portfolio manager for the VanEck International Investors Gold Fund Foster told TheStreet in a July article. Foster says the gold run is “likely to last several years.”

Recent military and political tensions between the U.S. and Iran are only one cloud on the global geopolitical horizon, which could send gold shooting higher. The China – U.S. Trade War talks are still a big unknown for both the global economy and interactions between the world’s two biggest economies. Last but not least, while we’ve been hearing about “Brexit” for years now, the UK still could leave the European Union this fall which could trigger a major financial market upheaval.  In uncertain times, investors pile into gold.

People buy life insurance, health insurance and car insurance. Gold is insurance for your portfolio, your assets and your wealth. Do you own enough?

Want to learn more about growing your wealth? You can take a look at our diversification strategy here and sign up for our newsletter. You’ll get great information on not only investments, but great rare coin stories, all delivered to your inbox.