With the presidential election results under investigation, gold investors turn their focus to the Senate this week. 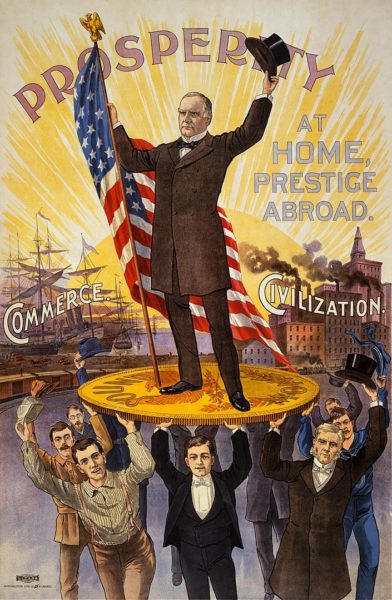 Judy Shelton, an economic advisor to President Trump, is most famous for her advocacy for a return to the gold standard. And, her long-standing criticisms of the Federal Reserve.

This week – there is a historic opportunity for President Trump – to put his personal stamp on the Federal Reserve with his nomination of Judy Shelton to the central bank.

If, as expected, the Senate votes to confirm her this week – she’ll have her chance to reshape the long-term direction of the Federal Reserve.

Throughout her career as an economist for institutions including the Hoover Institution, the Sound Money Project and the European Bank for Reconstruction and Development she has been a staunch conservative voice in the economic community.

In fact, Shelton has long advocated that the United States return to the gold standard – which would tie the value of the dollar to physical gold.

Notably, Shelton has called into question the underlying mission of the Federal Reserve which is to promote maximum employment, along with stable prices. She has also called for closer ties between the White House and the Federal Reserve on policy making measures, which would be a break from a long-standing tradition of central bank independence.

Now, Republican Senators appear poised to vote to confirm her to the nation’s most important monetary policy board. Republication Senator Lisa Murkowski from Alaska, often considered a key swing vote, announced late last week that she had decided to support Shelton.

Republication Senator Pat Toomey  from Pennsylvania, agreed to vote for Shelton after she pledged in writing that she “would not advocate for the devaluation of U.S. currency” and agreed the Federal Reserve does not have authority to use monetary policy to devalue the dollar,” according to The Hill.

If the Senate votes to confirm Judy Shelton to the Federal Reserve Board this week – a strong voice for gold will have a seat at our nation’s monetary policy making table.

The U.S. went off the gold standard under President Nixon in 1971. Currently, the U.S. does have the largest official gold reserves in the world at 8133.5 tons, according to the World Gold Council. Just for comparison, Germany is a distant second with 3,362.4 tons and the IMF in third place at 2,814 tons.

So, the U.S. has a lot of gold, but is it enough to back our nation’s $27.2 trillion government debt? Not even close.

Here’s some back of the envelope numbers to consider. One ton of gold equals 2,204.62 pounds. One pound of gold equals 14.58 ounces. Even if we liquidated the entire nation’s gold supply, it would not come close to covering our nation’s debt.

The next step to return to the gold standard would be for the government to revalue gold – it could make gold go up as much as 1,000% by some estimates.

Advocates of the gold standard note that it would give our country the fiscal discipline – it would force all of us, governments and citizens alike, to be more fiscally responsible.

However, a return to a pure gold standard may not be feasible because of the dollar amounts we are talking about.

It is more likely that a new system – a hybrid gold standard could be put in place. This would mean that the government would peg a portion, say 25% of the dollars out there, would be tied to gold.

The upside of this type of hybrid plan? This would give the dollar some sort of protection that it can only lose this amount, because it is backed by gold. Right now it is backed by a promise.

Many economists do believe that the odds are remarkably high that we will see gold play an increasing role in the monetary system over the next ten years.

If the Senate votes to confirm Judy Shelton this week, expect to start hearing more about the gold standard in the months ahead.

For gold investors, this means that owing a small portion of your portfolio in gold protects you and also puts you in a position for a financial windfall if we do see a return to the gold standard.