How Long Can Bear Markets Last? - Blanchard and Company
My Account

American investors can have short memories – especially when it comes to bear markets. In stock market lingo, a bear market is defined as a decline of 20% or more. 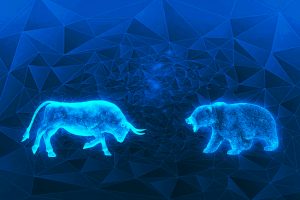 You may remember that we suffered a Covid-inspired bear market in stocks in 2020. But, it was one of the shortest bear markets in history. After plunging 20% into the March 2020 low, the U.S. stock market fully recovered to pre-crash levels in just four months.

That’s not a normal bear market.

Let’s look back in stock market history to explore other bear markets.

There have been eight bear markets going back to the infamous 1929 stock market crash. That devastating bear market took almost three years (34 months) to hit bottom, with a total decline of 83%. It took 25 years for the Dow Jones Industrial Average to recover to its previous peak. That’s right a quarter of a century.

More recently, during the 2008 Global Financial Crisis, the U.S. stock market lost a whopping 51% between November 2007 and February 2009. From there – it took 37 months (over three years) for the stock market to get back to even.

Taking a look at all eight bear markets since 1929, it took on average 57 months for the stock market to get back to even – or almost five years.

That’s why you may have heard the conventional advice about not putting money you may need within five years in the stock market.

Yet, Americans over the past 100 years have been conditioned to believe the stock market will recover and continue to go up. Is that true?

The Japanese know a different reality about stock market recoveries. While the U.S. stock market has recovered from its downturns over the past 100 years – that’s not true in Japan.

In fact, since 1989, Japanese stock market investors still haven’t gotten back to break-even levels after a major stock market bubble popped. That’s right…for the past 33 years Japanese investors who had money in the Nikkei stock index in 1989 have seen negative returns.

We cannot necessarily count on the U.S. stock market coming back – just look at Japan.  At some point the piper will need to be paid. The mounting levels of U.S. government debt – now at an all-time record high of $30 trillion – and the Fed’s role as money printer and buyer and lender of last resort – will eventually have consequences.

The case for diversification into tangible assets like gold and silver is rising every day. Major firms from Bank of America to Wells Fargo project further gold gains in 2022.

The lesson from Japan is a painful one – and one that is foreign to American investors.

Gold is a powerful tool to diversify your portfolio and to protect and grow your wealth.

Do you own enough?