The Future of Gold and Mining - Blanchard and Company
My Account

Recently the World Gold Council released a report on the relationship between gold and the natural environment. As the threat of ecological impact and global warming loom large, mining operations are seeking more efficient methods of sourcing gold. One company, Goldencorp, is at the leading edge of this trend with the “goldmine of the future.” 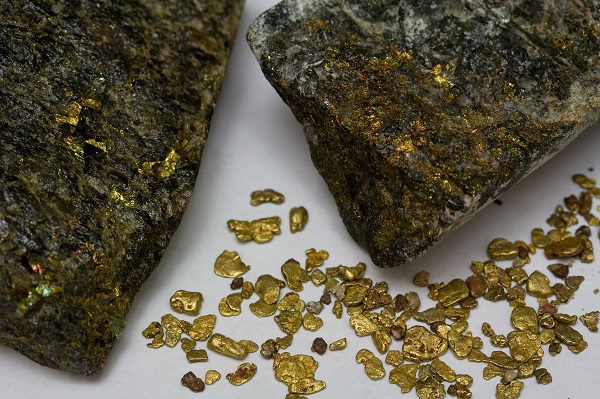 With new investments in technology, the company is preparing to open a mine designed to be the first all-electric underground operation. The plans include a significant departure from traditional diesel-fuelled equipment which will be replaced by Battery Electric Vehicles (BEV) which are three times more efficient. Changes like this are expected to reduce annual GHG emissions by 70 percent. Moreover, without the exhaust from diesel, Goldencorp’s newest mine will require half the ventilation of a traditional mine.

Goldencorp represents a continued shift to more ecologically responsible solutions. Other mining operations are sourcing their power from large solar panel arrays. Others have reduced their reliance on energy by using naturally-occurring geothermal properties. Mines designed this way require less heat. The Hemlo mine in Canada is an impressive example of how these designs can yield lasting results; even as the mine has expanded, it has seen relatively little change in levels of energy intensity.

Meanwhile, other mines have found ways to reduce dependence on energy with operational changes. The Kinross mining company has minimized fuel consumption with route optimization and more efficient driver training. As a result the company has saved over 15,000 hours of haulage since January of 2017.

These sweeping changes are part of an effort to align economic and ecological goals. Companies are motivated to seek energy efficiency which offers considerable savings and increased profitability. At the same time, the environmental impact from mining drops. One goal serves the other and vice versa.

Consider that for some mines fuel represents more than 20 percent of the commodity and service purchases. Even for operations that use electricity in lieu of diesel need sustainable ways to help generate wattage. The Kumtor mine in Kyrgyzstan uses hydropower supplied by local reservoirs. The result: “the mine’s specific GHG emission footprint resultant from electricity is relatively low,” according to the World Gold Council. Other companies aim to replicate this approach because analysts project the cost of solar, wind, and battery storage to drop by 50-70 percent by 2040.

With so many mining companies taking the initiative to develop more environmentally conscious methods some are hopeful that other industries will take note and introduce similar measures. In the meantime, companies like Goldencorp are leading the way.

These changes should buoy gold investors’ confidence that their decision to own the metal has favorable influences on the planet. As experts at the World Gold Council concluded, their research “suggests gold may have positive implications for long-term investors in helping them manage the carbon footprint of their portfolios over time.”