The Straw House Stock Market - Blanchard and Company
My Account

We live in a world of ever-present data and accessible analytics. At any given time investors can delve into endless metrics to distill insights on the stock market. But what if everything we need to know about investing were encapsulated in a story we heard as children? In many ways today’s market is making this idea a reality. 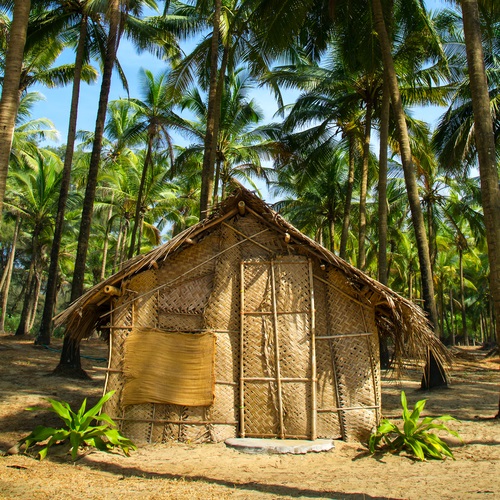 We all remember the three little pigs and their houses of straw, sticks and bricks. We of course remember which of those homes fell to huffing and puffing. The problem? Today’s stock market isn’t one of bricks. It isn’t even one of sticks. We’re in a straw house and the huffing and puffing could start soon.

Traditional measures of risk have encouraged a pervasive sense of calm among investors today. Volatility measures remain low. Meanwhile, the VIX index, commonly called the “Fear Index” remains at a near all-time low signaling a cavalier attitude towards investing. The problem, however, stems from the cause of these metrics. The soaring stock market performance of late appears less rooted in sound company fundamentals promising steady growth. Instead, the market is growing amid massive inflows to passive strategies.

Researchers have published findings forecasting that by the start of 2018 “passive investments, such as index and exchange traded funds, are expected to make up more than half of equity assets managed in the US.” Investors have long touted low costs and the difficulty of beating the market as reasons for adopting a passive approach. While these arguments have merit, they ignore a growing problem.

As more money flows to passive strategies the same group of companies found within S&P 500 and other index funds grows irrespective of the fundamentals. This trend “guarantees that the most valuable company stays the most valuable and gets more valuable and keeps going up. There’s no valuation or other parameters around that decision,” remarked Timothy O’Neill, the global co-head of Goldman Sachs’ investment management division. Moreover, the companies included in these funds are often the largest as measured by market capitalization which is simply the number of outstanding shares multiplied by the share price. Therefore, the single criteria for inclusion in these benchmark funds is size, not strength of management, liquidity, or value.

This trend is building to a market that sits atop a foundation of heightened valuations. Meanwhile, volatility can increase dramatically once the market undergoes a long overdue correction. This is where gold enters the picture.

As we’ve discussed previously on this site, gold has proven to be a remarkable effective hedge in time of steep market downturns. During the tech bubble burst occurring between 2000 and 2002 the S&P 500 lost close to half its value. During the same period the CBOE Gold Index increased by 16.34%. This same phenomenon played out during the global financial crisis when, again, the S&P 500 sank by more than half. The Gold CBOE Index rose to the occasion delivering a return of 26.53%. Moreover, during a bear market, like the two referenced above, stocks often become highly correlated. This tendency means less of the risk incurred is diversifiable. Exposure to a broad array of companies won’t help. This fact is especially true of strategies that seek to balance U.S. and foreign equities. The reason: those two groups have seen their correlations with one another more than double between 1980 and 2015.

The time to reconsider gold is before you really need it, not after.