Gold prices have increased by 9 percent since hitting a 19-month low in August of this year. Investors are noticing this trend as equities continue to approach bear market territory. However, for some, the factors driving up the price of gold are just as obscure as those pulling equities down. 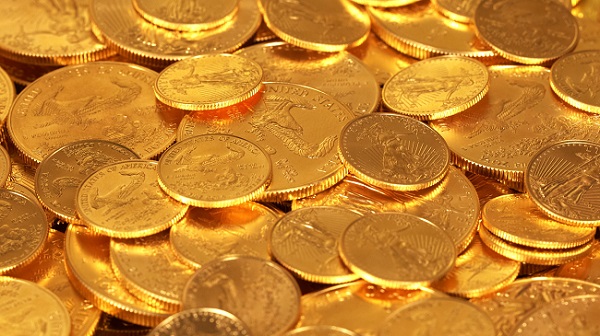 Historically, many cite mining activity, or demand from the jewelry and tech industries as reasons for price growth in gold. While these factors play a role, too often we overlook the U.S. dollar as a major influence on gold prices. “A lower U.S. dollar index today is also working in favor of the precious metals market bulls,” remarked a senior analyst.

Interest rates have a meaningful influence on the value of a country’s currency. Theoretically, higher interest rates will draw more foreign investment to the country. As a result, demand for the currency of the rising rate country also grows. The reverse is also true; when interest rates fall, foreign investors will look elsewhere for opportunities to increase their wealth. The result: the currency of the falling rate country diminishes.

This relationship may confuse some because the Federal Reserve is increasing rates. Therefore, logic dictates that foreign investment will follow and demand for the dollar will grow leading to depressed gold prices.

Gold is increasing despite interest rate hikes because some fear those same interest rate increases will weaken the economy and perhaps even set us on an accelerated path to recession. These fears are growing as additional factors surface concerns about long-term economic growth. Examples include the U.S. and China tariffs, Brexit, and a government shutdown that’s expected to be long.

This picture represents the uncertainty and unpredictability of today’s markets. Conventional rules do not apply. What would normally be down is up. The simplest takeaway is this: even rising Fed rates cannot dissuade most from the notion that turbulent economic times are ahead. As a result, more people are returning to the safe haven of gold. What’s your move?