What Are Gold “Macro Factors” And Why Do They Matter? - Blanchard and Company
My Account

Year-to-date gold has risen approximately 11% and much of this performance traces back to macro factors. 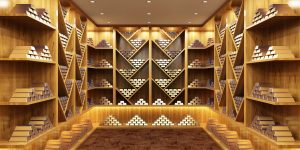 Macro-economic factors are characteristics of the economy that have widespread impact. Put simply, macro factors are the big numbers that we all care about like unemployment, inflation, and national income. Recently, three specific macro factors have driven the value of gold. They are:

The Value of the Dollar

When the value of the dollar drops the price of gold often climbs. The reason for this inverse relationship is that a drop in the value of the dollar means that gold becomes less expensive in other currencies. This dynamic explains why the inverse relationship developed after the US suspended the gold standard in 1933. This decision was designed to help pull the country out of the Great Depression, which many historians and economists believe it did.

This relationship is not a constant. There have been periods, though few, in which the value of the dollar and the value of gold has increased simultaneously. This event can occur during a period of economic upheaval in the global economy in which investors seek the relative stability of both gold and the US dollar. In fact, reporting from The World Gold Council shows that the IMF “estimated in 2008 that 40-50% of the moves in the gold price since 2002 were dollar-related, with a 1% change in the effective external value of the dollar leading to a more than 1% change in the gold price.”

Many believe that there is a negative correlation between interest rates and the price of gold. The reasoning behind this belief is simple: investors want a return on their money and falling interest rates mean fixed-income investments deliver less. Gold, in comparison, becomes a more attractive investment.

In truth, this correlation is not nearly as strong as many think it is. In fact, the correlation may not exist at all. Consider that measurements over the last 50 years show that the correlation between gold and interest rates has only been at 28%. This figure hardly represents a strong correlation. Despite this weak correlation, in the limited view of the recent gold rally, it appears that falling rates have in fact driven investors to the relatively stronger return of gold.

Recently, the yield curve became inverted. This inversion means that short-term cash instruments are paying out more than the longer-term ones. This is counter-intuitive because one would expect to earn more when they lock up their assets for longer. The reason for an inversion is that people have fears about the near-term and they are demanding more money for weathering what they believe is the coming storm.

More importantly, the yield curve has been inverted for more than three consecutive months. This period of time matters because a three-month inversion has preceded every recession over the past five decades. There are many factors behind this long-standing inversion like faltering trade agreements, a slowing manufacturing sector, and tempered consumer sentiment.

As the executive director of precious metals research at Standard Chartered Bank recently remarked, “There’s still much more room to the upside, particularly when it comes to retail demand.” The macro factors have spoken and the message is clear: consider the stability and return of gold.