What Could 2023 Bring for Gold? - Blanchard and Company
My Account

Gold is trading around $1,800 an ounce – virtually unchanged from year-ago levels – as gold served one of its ultimate functions in your portfolio: capital preservation. That compares to double-digit losses in the stock and bond market in 2023. 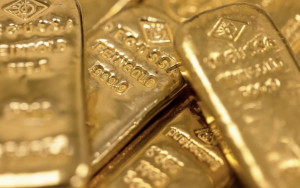 While gold was one of the best performing asset classes in 2022, what could the New Year bring?

There are four major macroeconomic factors that will keep demand for gold high in 2023, according to Gold Outlook 2023 research from GoldHub:

Caution Ahead: Recession on the Horizon

As Nobel Prize winning economist Milton Friedman explained: monetary policy acts with long and variable lags. That means that the Federal Reserve’s aggressive seven interest rate hikes in 2022 have yet to impact the economy. The rate hikes are intended to slow the economy and tamp down inflation and Americans will feel that economic impact in the first half of 2023.

“A recession is all but inevitable in the U.S., Euro Area, and UK: Expect a mild U.S. recession in 1H23,” according to a BofA Global Research report. That’s positive for gold ahead.

It was a veritable gold rush in 2022, as central banks bought more gold in the first nine months of the year versus any full year since 1987. In the quarter ending September, demand for gold was up 28% year-on-year, reaching 1,181 tons, according to a World Gold Council report.

In the wake of the Russian war in the Ukraine, the U.S. and other western countries froze an estimated $300 billion of Russian foreign exchange reserves, which included tens of billions of U.S. dollars held outside of Russia. This unusual event accelerated the move away from holding U.S. dollars in official central bank coffers and increased the desire to hold gold, which is a universal currency that is not controlled by any one nation of bloc of governments.

Gazing into 2023, high central bank demand for gold is expected to continue as countries move toward a de-dollarization trend.

There are forecasts that could double the price of gold in the year ahead. One factor that could drive gold sharply higher is if Russia moves to accept gold in trade for its country’s coveted oil reserves. “If Russia accepts gold for oil, gold price doubles to $3,600,” says Credit Suisse’s Zoltan Pozsar. “Crazy? Yes. Impossible? No. this was a year of the unthinkable macro scenarios and the return of the statecraft as the dominant force driving monetary & fiscal decisions,” Pozsar added.

Meanwhile, Denmark’s Saxo Bank forecasts that gold could climb to $3,000 and ultimately as high as $4,000 if inflation continues to remain high.

There are many factors that suggest gold is poised for a big leap higher. Today’s gold price gives you the opportunity to trade your dollars for more gold. Consider making an increased investment in gold today to protect and grow your financial future in 2023 and beyond.