It’s December: The Nation Is Still Waiting for a Winner 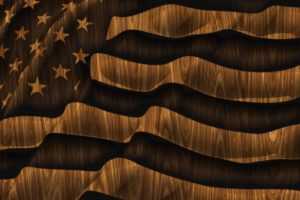 Dozens of lawsuits are underway to decide whether or not uncounted mail-in ballots in key battleground states should be counted. It was a rigged election, the Republicans say!

So…here we are in early December – and the nation still doesn’t know who won the Presidential election in November.

Joe Biden won the popular vote easily on Election Day – as the polls predicted he would. Yet, the popular vote doesn’t decide the winner of the White House in the United States – that honor goes to the Electoral College of course.

That big Biden win in the popular vote occurred despite polling day violence which erupted in several voting sites.

Violence at the Polls on Election Day

Prior to Election Day, President Trump and his campaign encouraged his followers to “enlist in an army” of poll watchers to “fight” for his victory.  That army of supporters remains active into early December.

Earlier in October, the FBI charged six men with a plot to kidnap Michigan Governor Gretchen Whitmer from her vacation home with a plan to take her to Wisconsin and put her on trial for treason. Seven more men face state charges as part of the same plot, which included plans to attack law enforcement, overthrow the government and start a civil war. That state remains a hotbed of unrest and militia activity.

Militia group members show up at several polling places on Election Day in Michigan to “watch the polls.” Tense situations escalate and, sadly, three innocent bystanders are injured as gun violence erupted outside one of the polling stations.

Throughout November and into December, civil unrest has taken over big cities across the nation. Peaceful protests calling for a “full and complete vote count” in large, urban Democratic cities turn violent. Militia group members swarm to major cities – and violent clashes erupt nearly every day.

Chicago and Portland now have 7 pm curfews. Citizens are not allowed to leave their homes after dark. The National Guard has been called into several major cities and they patrol at night.

The United States is gripped in a crisis of severe proportions and on several fronts. The rate of COVID-19 infections is escalating quickly, some hospitals in Midwestern states are becoming overwhelmed. Unemployment remains high.

The nation’s transportation and delivery system has been disrupted. Shortages are common in many cities. The grocery stores are short on items and consumers are unable to buy many basic goods they need for everyday life.

Millions of mail-in ballots that were in transit on November 4th were seized by the U.S. Post Office, under orders from the Trump Administration. As of December 8th, those ballots remain locked up in the custody of the U.S. Postal Service.

The Postal Service is an agency under the Executive Branch, which allows the President broad authority over mail in ballots in transit. Trump has the full support of Attorney General William Barr – who embraces the President’s electoral fraud claims.

Will those votes ever be counted? That decision lies in the hand of federal judges and the case will likely go to the Supreme Court.

To the international community, it has become clear that America is a nation gripped in crisis and chaos. Foreigners are cashing out of U.S. denominated assets – fast.

The stock market crashed throughout November – sinking into a bear market amid the uncertainty of the contested election litigation and amid the wave of violence that is erupting across the country.

The idea that the U.S. dollar will continue to act as a stable reserve currency of the world is being widely doubted in financial centers around the globe.

In the midst of the 2020 US Election Crisis, gold has climbed to new all-time highs – now trading at $2,500 an ounce as panicked investors turn to the safety of precious metals.

It’s December 8th. Most citizens had never heard of the December 8 safe harbor deadline until the 2020 presidential election. This is the deadline for states to choose which electors will be sent to the Electoral College. Now, the details of these arcane rules and procedures, which normally have unfolded in the background, quietly, without a hitch, have become common public knowledge.

In America, it’s actually the 538 members of the Electoral College that vote for President.

When voters go to the polls they are actually voting for a slate of presidential electors who will vote for president. Further complicating matters, only 33 states require electors to vote for the winner of the popular vote in a state.

The safe harbor deadline requires states to choose electors to be accepted by Congress.

But, who should Michigan, Pennsylvania and Wisconsin choose? They don’t know the official final ballot tally – mail in ballots have not been fully counted yet.

The Republicans have been lobbying hard to all the key battleground/undecided states to submit the slate of Trump electors, despite the popular vote. Trump has a major advantage as the incumbent. He is able to use the power of the presidency to his advantage while he is still in office, even if the courts may rule his actions as eventually unlawful. These powers include the ability of the president to freeze assets of individuals and groups the president determines to be a threat, and his ability to restrict internet communications in the name of national security, according to the Transition Integrity Project (TIP).

The electors are supposed to vote on December 14th and the count is tabulated on January 6th before Congress.

In the midst of the chaos, the country hurtles through December with no clear alignment on a winner and the calendar flips to January.

It’s January 6, 2021. There is a joint session of Congress to ratify the Electoral College votes and declare official election results.

Yet, there is no clear winner from the Electoral College vote on January 6th.

There may be a tie, or many Electoral College votes are disputed due to states not following the popular vote or because mail in ballots weren’t fully counted.

Here’s what happens next.

According to the Constitution, the House chooses the president with each state, not each member, casting a single vote. The Senate chooses the vice president.

Indeed, this has happened before. One president in American history did take office that way under the current Electoral College system. It was John Quincy Adams in 1825.

Again, we turn to the Constitution to understand if Nancy Pelosi could actually become president.

The presidential term ends on January 20th – no matter what.

If Congress and the Electoral College have been unable to choose the winners by then, the Presidential Succession Act kicks in.

Then, the first in line to serve as acting president is the House speaker, now Nancy Pelosi. She is followed by the president pro tempore of the Senate, currently Charles Grassley of Iowa, followed by members of the Cabinet.

However, Pelosi would be required to resign from Congress to serve in the temporary Acting President position and she could only serve until Congress finally decided who the new president will be.

So, technically, Pelosi could temporarily become acting president on Jan. 20th. But, it is a highly unlikely outcome and would only be short-lived.

Never before has an election been so complicated, with so many hypothetical scenarios and what-ifs. Never before have citizens had to dig into election rules and laws to understand if their vote will count and what the contingencies are in place if a contested election goes off the rails. But, this is indeed what we could be facing this year.

How do you see this or another hypothetical election scenario unfolding?

Between now and Election Day, we present to you an in-depth Blanchard exclusive Presidential Election series. Please join us each week as we cover six hypothetical scenarios and detail potential outcomes for the economy, geopolitics, the stock market and precious metals if these scenarios unfold. We invite your comments, questions and insights below.