Globalization gets a bad rap.

Just like much of economics, globalization is a zero-sum game. 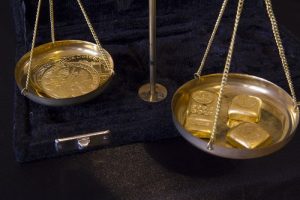 There are Winners and Losers

American manufacturing workers were losers during the recent wave of globalization. It’s blamed for massive job loss here in America as manufacturers chased cheaper labor opportunities in other parts of the globe. To be fair, however, many economists point out that technology also contributed to the loss of manufacturing jobs.

American consumers won as our purchasing power increased with access to cheap imports, which included everything from sweaters to children’s toys to most items you’d pick up on a weekend shopping trip to Wal-Mart or Target.

The stock market benefits from globalization as it opens borders, which allows higher corporate profits.

“That in part reflects the success of US companies in harnessing globalization to increase their earnings in foreign markets and improve their margins by outsourcing their production,” Capital Economics said.

Looking back over the past 150 years, there have been three distinct waves of globalization.

Second Wave: After WWII until the early 1970s

Third Wave: Around the fall of the Berlin Wall in 1989 and gained steam in the 1990s to the present.

Is the third wave ending now? Some economists say yes. And, the populist movement in America is pushing for that.

Capital Economics released new research highlighting that “the de-globalization scenario that is most concerning is a deep split between a China- and US-led economic bloc. This could potentially lead to a permanent reduction in trend GDP growth.”

Capital Economics research shows that globalization has boosted asset returns over the past 30 years.

So, it makes sense if globalization halts that would weigh on stock market returns. Both bond and equity returns are likely to be lower over the next decade than in the recent past, Capital Economics said.

“If policymakers threw up major barriers to trade and sought to undo a significant part of global economic and financial integration, the absolute real returns from most assets would suffer and equities and industrial commodities would probably under-perform safe assets, such as high-grade government bonds and gold,” Capital Economics said.

The U.S. China Trade war encompasses many issues that are far-reaching to our future.

“If we are right that the trade war reflects China’s strategic threat to the US, then some form of decoupling is inevitable – which will have an adverse effect on global GDP.”

A major shift in the world economic order is underway. East is rising up against West. A breakdown of cooperation could have an impact on your portfolio and your wealth. Safe assets like gold are expected to outperform as the current wave of globalization comes to an end. Do you own enough?

Get our tales from the vault, our favorite stories from around the world and the latest tangible assets news delivered to your inbox weekly. Sign up for our newsletter!

1 thought on “What the End of Globalization Means for You”