Gold is up higher than 12% year-to-date. In fact, gold is up 35% since the fourth quarter of 2015. In recent weeks, analysts at Morgan Stanley, Goldman Sachs Group, and CitiGroup have all upgraded their forecast for gold. Moreover, Ray Dalio, founder of the world’s largest hedge fund, made headlines in the past few days when he forecasted that the investments that “will most likely do best will be those that do well when the value of money is being depreciated and domestic and international conflicts are significant, such as gold.” 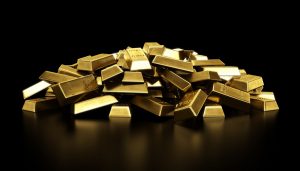 What is most interesting, however, is that the gold rally, and Dalio’s comments all have something to do with a man who died more than 400 years ago.

Sir Thomas Gresham (1519-1579) was a financier for Queen Elizabeth I of England. During Gresham’s service Henry VIII decided to alter the composition of the English shilling. In doing so, Henry substituted a major portion of the silver with ordinary base metals. Gresham took notice of what happened next. The spending public, aware of the change, responded by hoarding the older coins that predated the alteration. They wanted the silver.

By simply using the issue date on the coins, anyone could easily differentiate the coins with a high silver content from those that had a low proportion of silver. People stored the old coins and spent the new ones. Seeing this prompted Gresham to delineate “good” money from “bad.” In the case of the English shilling, people kept the coins that had more silver because they had the potential to eventually rise above their face value. This observation was later called Gresham’s Law and asserted that “bad money drives out good.” This brings us to gold, an example of “good” money.

Gold, unlike the dollar, has a value that is accepted worldwide. This inherent value makes gold unique. Many investors, like Dalio, are rediscovering this truth as they see money suffer from depreciation. Dalio explained that the attempts of central banks to stimulate asset prices are no longer as potent as they once were. He sees this characteristic as one that is so pervasive that he has called it a “paradigm shift.” In this new paradigm, debt, and non-debt liabilities will come due and many assets will not be valuable enough to fund these costs.

For these reasons many investors, not unlike the English that Gresham noticed, are choosing to own, and hold gold with the belief that it will rise in value over the long-term. Dalio concluded, “that it would be both risk-reducing and return-enhancing to consider adding gold to one’s portfolio.” Gold’s recent performance, and Dalio’s analysis are a reminder that certain economic principles endure despite ever changing technology, and the whims of the market.

For a long time, we have seen bad money drive out good. Experts like Dalio are taking opportunities today to get their hands on good money like gold.