Will the Fed Be Humble and Nimble When It Comes to Recession? - Blanchard and Company
My Account

The Federal Reserve launched onto center stage this year when it delivered its biggest interest rate hike in decades to combat surging inflation. While U.S. interest rates are rising now, the central bank kept interest rates at zero percent coming out of the Covid crisis. 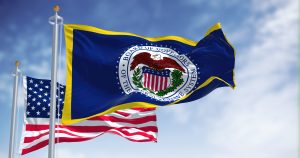 In fact, while inflation climbed steadily higher in late 2021 into early 2022 – and you were paying more for everything from gas to groceries – the Fed sat on the sidelines. Indeed by the time the Fed first hiked interest rates in March 2022, the Consumer Price Index had already hit 8.5% – well above the Fed’s stated target of inflation at 2%.

Many believe the Fed simply kept monetary policy too loose, for too long – and the 40-year high inflation is now the result.

The Federal Reserve is tasked with a so-called “dual mandate” to pursue both maximum employment and price stability. It uses its monetary levers (including raising and lower interest rates) to help achieve those goals.

Coming out of the Covid crisis, the Fed repeatedly said it expected inflation to be “transitory” – yet a variety of factors conspired to extend inflation’s presence (Russian war in Ukraine, supply chain issues and more). As the economy recovered from the Covid recession, the Fed made a choice to favor its goal of maximum employment and stated a willingness to allow inflation to exceed its target to help ensure that all Americans who wanted jobs could find them.

Yet, many believe the Fed made an inflation policy error and the central bank was just simply late to attack the red-hot trend of rising consumer prices. Now, higher prices have already become entrenched in the economy.

The Fed has already made one mistake this year. Are they set to make another?

The Fed is currently on a path to sharply raise interest rates to try to tamp down interest rates, but that means it could cause another economic problem: a recession.

Some on Wall Street are wondering if the Fed will indeed be “humble and nimble” when it comes to raising interest rates as Fed Chair Jerome Powell stated in January. Will the central bank recognize the economic pain a recession will levy on Americans who are already facing 40-year high inflation levels? Or will the Fed continue on their path and cause a recession.

Gold is expected to begin a new advance in the second half of the year, fueled by worries about recession and the on-going high inflation environment. The Federal Reserve has created a unique economic brew that we haven’t seen since the 1970’s – economists call it “stagflation” or a period of weak economic growth and high inflation.

While you can’t control the Fed or the economy, you can take action to protect and hedge your investments in these extraordinary times. Gold is the best stagflation performer since 1973 with a 12.8% annualized return, according to a Gold Hub investment update.

“Real assets do well during stagflation, with commodities both fueling and feeding off inflation, while gold has tended to benefit from the elevated risk environment, rising inflation, and a lowering of real interest rates. Gold’s strong returns come despite a stronger US dollar typically seen during stagflation,” Gold Hub said.

Goldman Sachs recently raised its year end gold price target to $2,500 an ounce. The next leg up in the gold market appears to be right around the corner.