Y2K: When Americans Stockpiled Gold - Blanchard and Company
My Account

The latest Gold Rush wasn’t in the 1800s in California, but just a mere two decades ago.

In the months leading up to January 1, 2000, anxiety and fear was spreading among even the most educated and wealthy in the world. 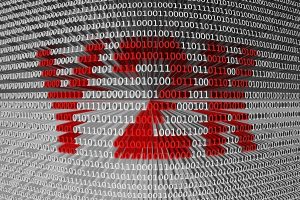 Everyday Americans were stock piling canned goods, water bottles. Others were making escape plans, where would they go if their major urban city erupted into chaos and looting.

What was the culprit driving these fears?

Doom and gloom entered mainstream society in 1998 and 1999. Computer programmers were furiously working to fix the so-called “Millennium Bug,” also known as the Year 2000 or Y2K bug.

This all started decades ago when short-sighted computer programmers, were designing programs that control everything from your bank account to your 401k retirement funds to the electrical grid to municipal water management systems.

Computer programmers adopted a universal short-cut date format that omitted the “19” as in 1980 or 1999.

Quite literally, it was feared that computer systems around the world would crash because programs would not be able to compute “20” for the year.

Can you imagine the feeling if you logged into your online bank account or retirement account to check your balance and all you saw was “00.00” or zero dollars. This was the fear, that no financial institution would really know who had how much money, as everything was digitized.

One senior executive at Barclays Bank, quoted anonymously said: “I’m going to plan for the absolute worst. I am talking about the need to start buying candles, tinned food and bottled water from mid-1999 onward.” He was one of many who saw gold as a safe investment in a time of uncertainty.

Flight to Gold: A Hard Asset

The banker also advised people stockpile their cash and buy gold in case the Y2K bug causes a global economic collapse, with currencies and stock exchanges tumbling into a computer-induced free fall.

The New York Times reported that “Another British banker, asked by the newspaper to comment on his rival’s seemingly daffy remarks, said investing in gold might not be a bad idea.”

Gold Sales Soared Ahead of Y2K

In mid-1999, an ounce of gold sold for a bargain basement price of $252 an ounce. Americans and Canadians stocked up aggressively on gold bars, coins and silver as protection of a meltdown of the global financial system. The Royal Canadian Mint reported a 20% increase in Maple Leaf gold coins, while the Mint also reported a $15 million sale of gold coins related to Y2K.

Others stocked up on silver coins in expectation that they could be used as barter units if the monetary system broke down.

Thankfully, the computer programmers fixed their short-sighted error. But, it was not known until just after the stroke of midnight on Dec. 31, 1999 what exactly would happen. Nonetheless, Americans and others around the world turned to hard assets – gold and silver, for protection against economic uncertainty.

Today, just as in yesteryear, gold is a universal currency, with recognized value around the world. Holding a portion of your assets in physical gold and silver makes sense for all Americans. While Y2K is not a looming threat, our financial system remains dependent on computer programming in the digital space. While most of your assets may be a number on a screen, having a portion in hard assets that you can hold in your hand brings a sense of security unmatched by a number on a screen.

Blanchard can help you get started or assist you in adding to your diversification strategy. Call Blanchard today at 1-800-880-4653.

[Editor’s note: This is one in an occasional series of posts on the history of gold. Read an earlier time in U.S. history when Americans were hoarding gold here: FDR to Americans: Stop Hoarding Gold.]