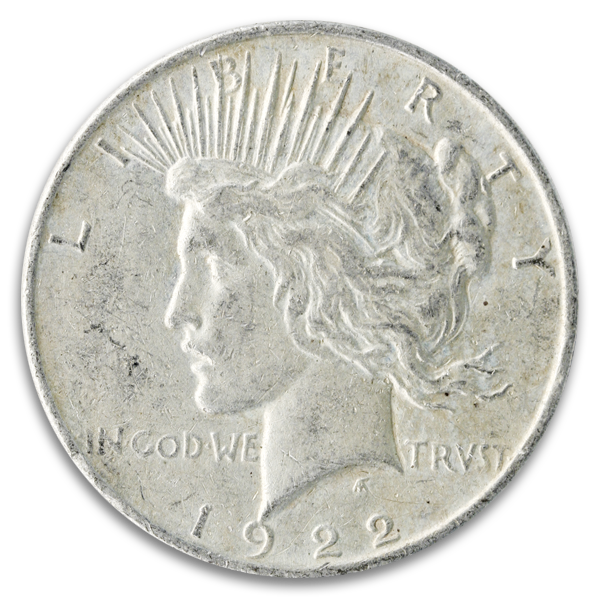 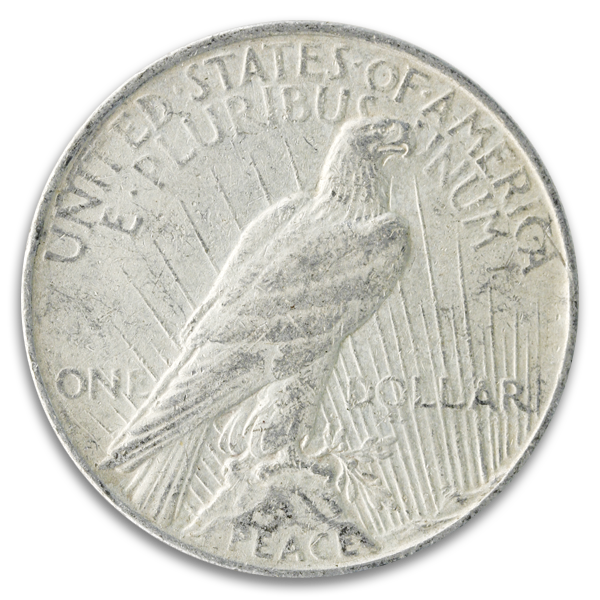 The Peace Dollar, first introduced in 1921, is, and always has been, high in demand. With the ending of the “war to end all wars,” Americans were looking forward to an era of normality, peace, and prosperity. The idea of a coin to commemorate the end of World War I was gaining traction.

The Pittman Act of 1918 resulted in a loss of over 270 million silver dollar coins, which was over half the mintage of Morgans. The Pittman Act, however, also required that the government create a new silver dollar, to be struck using the silver purchased from the mines in the West. Around that time, World War I had just ended, giving thought to creating a commemorative world peace coin following all of the bloodshed and destruction. There was fear that this new design would be delayed, because at the time when the Peace Dollar bill was introduced to Congress for approval on May 9, 1921, the U.S. Mint started striking the Morgan Silver Dollars again. The Treasury department, however, liked the idea of a new silver dollar and announced a design competition. What ANA did not realize at that point was that congressional approval was not required to change the design, as the Morgan Silver Dollar had been in use for over 25 years. Nevertheless, it was because of this competition that we now see the iconic designs and America’s most beautiful coins that were created in the first decades of the 20th century – Mercury Dimes, Washington Quarters, Walking Liberty Half Dollars, Standing Liberty Quarters, and what would be the Peace Silver Dollars. The Peace Dollar was minted from 1921–1928 and again in 1934 and 1935. In fact, the Peace Dollar ended up being the last U.S. Silver dollar coin minted for circulation with this last year of mint.

The winning artist for the coin was Anthony de Francisci, a young Italian immigrant. Although he used his wife as a model, de Francisci said of his Miss Liberty, “It is a composite face and in that way, typifies something of America … the intellectual speed and vigor and virility America has as well as its youth.” The first Peace Dollar was struck at the Philadelphia Mint on December 26, 1921. The front of this silver dollar features the profile of Francisci’s design of Lady Liberty. The reverse design shows an eagle holding only the olive branches of peace, rather than the olive branches accompanied by the usual arrows of war; appropriately so, as the coin was issued in honor of peace. Beaming from behind the eagle are rays of sunlight, whose pointed shape is reminiscent of Lady Liberty’s crown. The original design showed the eagle breaking a sword, but was altered at the last minute by George T. Morgan, as mint officials were afraid it would be interpreted as a symbol of defeat. Inscribed above the eagle in an arched heading is our nation’s name and the words E PLURIBUS UNUM.