Could Covid Kill the Penny? - Blanchard and Company
My Account

See a penny pick it up –and all day you’ll have good luck! 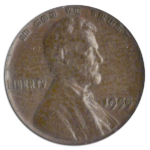 Remember that old rhyme? It could become a relic – along with the penny if some cost cutters get their way.

The Covid-19 pandemic has created a nationwide coin shortage. Shoppers are relying on debit and credit cards to avoid touching cash, which can carry germs, but that’s left parts of the nation short on spare change.

“Business and bank closures associated with the COVID-19 pandemic have significantly disrupted the supply chain and normal circulation patterns for U.S. coins. While there is an adequate overall amount of coins in the economy, the slowed pace of circulation has reduced available inventories in some areas of the country.”

The current coin shortage has revived the debate on whether or not we actually need the penny anymore!

Today – amid a coin shortage – experts are now debating the fate of the penny again.

The purchasing power of the penny has fallen because of inflation, while production costs have climbed.

In fact, the government loses money every year on minting pennies. It costs the government about 2 cents to make a penny. Indeed, the United States Mint manufactured more than seven billion pennies in the 2019 fiscal year, at loss of nearly $70 million, the New York Times reported.

While it could be a cost effective move for the government to say goodbye to the penny, there are many, however, who believe the penny should remain part of our coinage. It was one of the first coins minted by our country after all.

The U.S. wouldn’t be alone if it makes this decision. Other countries like Canada, Britain and Australia have stopped making their smallest denomination coins. There is historical precedence – in 1857, Congress discontinued the half cent.

The Controversy Over the VDB Lincoln Cent