Regulators Are Paying Attention to Bitcoin - Blanchard and Company
My Account

You bought Bitcoin because it was private. Now you have to check a box on page one of your IRS tax forms and show the government you have holdings. 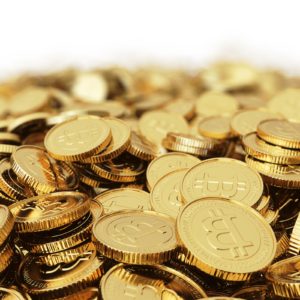 What’s next from regulators?

Well, it turns out that central banks are going to create their own digital currencies! And not use Bitcoin.

In recent months central banks have become increasingly engaged in digital currencies. They know they run the risk of becoming irrelevant if they don’t control digital payments – so they are working to create their own.

Don’t expect the Federal Reserve to be far behind.

Where does that leave Bitcoin?

Former Trump advisor Gary Cohn told CNBC he thinks the world will have a global cryptocurrency that is not Bitcoin.

Legendary investor and Quantum Fund co-founder Jim Roger says if cryptocurrency succeeds in being used as money, instead of primarily for speculation, governments will intervene, making it illegal in order to stop its use.

Central banks are now getting into the digital currency game. Does that spell the death knell for Bitcoin? Maybe. The experts warn that it might and Bitcoin could go to zero.

The evidence is building that if you’ve invested in Bitcoin, the time is right to liquidate, take your profits (while you still have them) and move to gold. Or, at the very least, scale down on your Bitcoin position.

You can then shift those profits into the other asset that central banks around the world continue to buy and hold – physical gold.

Gold. It’s in the midst of its own historic bull run – it’s an intrinsic store of value, a safe haven during crisis and a true hedge against the U.S. dollar and inflation.

We hope this Bitcoin article series has been useful. If you have questions, comments or would merely like to discuss this topic, please call a Blanchard portfolio manager today at 1-800-880-4653.

Part 2: Bitcoin at All Time Highs – What’s Next?