As we make our way through the second half of 2019 several factors are influencing gold. The World Gold Council has reported on these characteristics and in this post,  we break down each one. We will examine why they are important and what they might mean for investors. 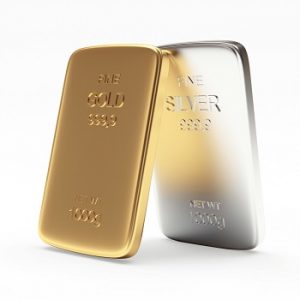 Until recently interest rates were on the rise and expected to continue their increase. However, in just the past few days we have seen a reversal of this trend. The Federal Reserve cut interest rates for the first time in over ten years. Reserve Chairman Jerome Powell explained his reasons for the cut by citing growing trade tensions and a slowdown in global growth. As Gary Richard, professor of economics at the University of California, remarked “The Federal Reserve has generally better information about the economy than most of the public, and they have a lot of experts there – they’re trying to predict the future. And the Fed is acting now as if we’re in a recession.” For many, that is a frightening prospect.

Moreover, this fear of a contraction in the economy is shared abroad. The European Central Bank’s (ECB) President announced his intention to cut interest rates. Many expect the Bank of Japan to do the same. While a slowing global economy presents some problems it also presents some opportunities. As the World Gold Council remarks, “Our research indicates that the gold price was higher in the 12 months following the end of a tightening cycle.” They continue, “historical gold returns are more than twice their long-term average during periods of negative real rates – like the one we are likely to see later this year.”

This low interest environment has spurred a significant amount of the stock market’s rally in the last six months. This dynamic is a problem because it means that heightened valuations are the result of stimulus measures rather than strong underlying fundamentals. Additionally, equity growth from interest rate cutting cannot be sustained. At some point there will be nothing left to cut. Investors are entering a playing field in which they need to diversify risk. As the World Gold Council points out, bonds have traditionally served this need with their more favorable risk profile. However, as yields fall, prices are increasing and “70% of all developed market debt is trading with negative real yields with the remaining 30% close to or below 1%, according to their analysis.”

This scenario underscores the value of gold as a risk hedge when other traditional equity hedges, like bonds, become less attractive. As we have explored in previous posts, gold, as a universally accepted currency, has qualities not shared by asset classes like stocks and bonds.

Gold demand in countries like China, and India will remain important to gold investors. While there are some signs that consumer demand will soften within the next several months, there are structural reforms in place in both countries which present a favorable long-term picture for gold. A broad ecosystem for trading gold is shaping this reform. With such systems in place it becomes easier, and more efficient to buy and sell gold. Moreover, economic policies that help broaden the middle class will drive gold purchases in the future as the precious metal becomes available to more citizens in some of the most populous countries in the world.

Interested in learning more? Sign up for our newsletter and get weekly updates on precious metals investing, rare coin news and great stories!