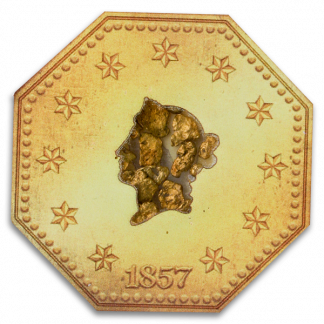 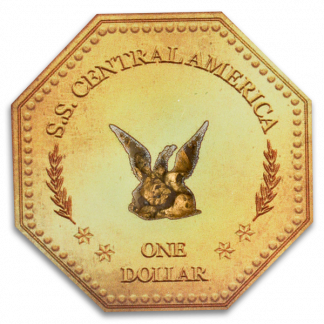 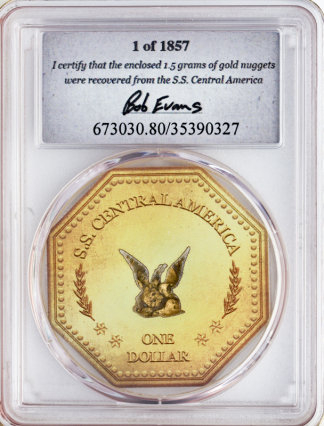 Just as dangerous was the trip back, carrying gold to the East Coast. One ship that regularly made that journey was the S.S.Central America, a 280-foot, wooden-hulled steamer that operated continuously on the Atlantic leg, from Panama to New York, of the route.

When the S.S. Central America sank in 1857, its loss was felt around the world. The shipwreck was as famous as the Titanic in the twentieth century. And the loss of the ship’s wealth contributed to the Panic of 1857, a depression felt around the world. In all, the treasure that sank was worth $2 million in 1857, or $300 million today. In 1988, a team using a remotely operated vehicle discovered the ship 160 miles off the coast at a depth of 7,200 feet. Gold estimated to be worth $100 million to $150 million was recovered.

Part of that recovery included gold nuggets. Our S.S. Central America nuggets total 1.5 grams of gold that have been slabbed and certified.