The Treasure at the Bottom of the Sea 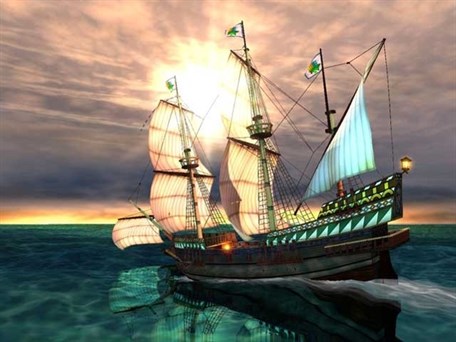 They had had two days of calm seas, with no wind and only the slightest wisps of clouds in the sky. But there was a strange swell in the sea, silent and unsettling. The sea birds had vanished.

As the day passed, the swell grew. The cargo rolled in the holds. And for the 1,000 men sailing the 12 ships of the Spanish Treasure Fleet, the night passed uneasily.

The next morning, the sun never seemed to rise, and by noon, visibility was so poor that each ship lit a lamp to guide the others. In the afternoon, the wind came, and by nightfall a hurricane had struck.

The fleet scattered, each ship alone in the screaming wind. And then the sailors saw them: the breakers on the coral reefs that line the Florida Coast. The men started to pray. The priests started to say Hail Marys.

And then the first ship hit the reefs.

Only a few men survived that night, and it’s from them we have this tale.

In the morning, wreckage and bodies were scattered across 30 miles of uninhabited coast—and the search for loot began. For the next four years, the Spanish braved sharks, barracudas, and buccaneers to salvage what they could of the gold coin treasure—but a hoard worth millions still remained. 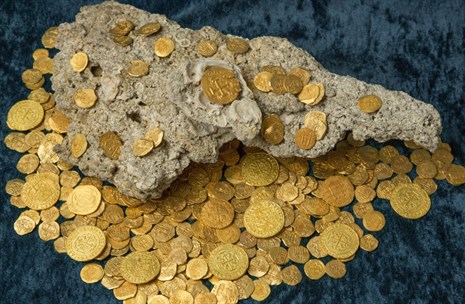 What Was That Treasure?

In 1711, Spain was on the verge of bankruptcy after a hard-fought war with the Dutch and English, who had blocked and destroyed Spanish ships bringing treasure from the Americas to Spain. King Philip V had ordered an increase in treasure shipments to replenish Spanish wealth.

Precious metals mined in the Americas were sent to Spanish colonial mints, which struck coins for shipment to Spain by the royal fleet. In 1715, a convoy of 12 ships led by Captain-General Don Juan Esteban de Ubilla left Cuba, laden with 14 million pesos’ worth of treasure and cargo.

Before long, the treasure of gold coins was lying at the bottom of the sea.

The total of the registered treasure on four of Ubilla’s ships was 6,388,020 pesos, which include the 1, 2, and 8 escudos from Bogota, Mexico, and Lima that we present to you today. Gold escudos were introduced by Spain in the 16th century and became the nation’s primary gold currency. They were minted in Madrid and Seville, as well as in several of Spain’s colonies. Many of the dates and types of escudos from the early 18th century were unknown until the past 50 years, when modern salvage of the 1715 Spanish treasure fleet began.

The escudos we offer you are cobs—coins that were struck and trimmed by hand. When you handle a 1715 gold escudo coin, you hold in your hand the true handiwork of an 18th-century minter.

The crowning piece of the set, the 8-escudo features the Pillars of Hercules above waves, symbolizing Spain’s portal from the Mediterranean to the Atlantic—and the wider world. The other side displays a cross, the arms of Castile (castles), and the arms of Leon (lions). Together, this magnificent design represents colonial Spain’s dominion over land and sea. 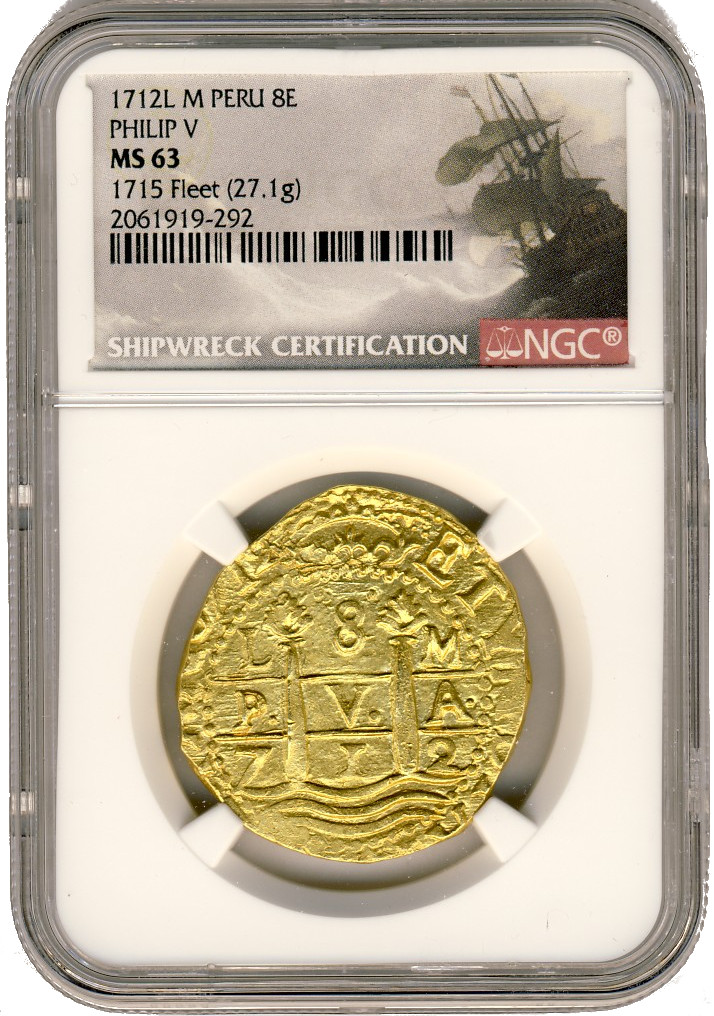 Your Chance to Own History

These highly anticipated 1715 Spanish fleet coins are the buy of a lifetime. Pirates and sailors risked their lives for a chance at these Spanish shipwreck coins—and now they can be yours.