Own a Legendary Piece of History

It is truly a rare occasion: after a century or more of stillness at the bottom of the sea, a ship that went to its watery grave with a dazzling array of precision metals and coins is discovered, its treasure intact. Rarer still is the opportunity to own one of these thrilling pieces of history. 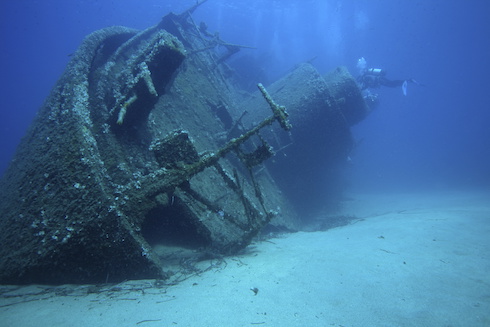 Of the thousands of ships that sink very few are recovered and far fewer have viable coins aboard.

As tangible reminders of our rich heritage, authentic shipwreck coins offer a glimpse into America’s past.

Many shipwreck coins have retained their details, luster and full strikes, making them highly desirable to collectors.

Through a special arrangement, Blanchard has acquired a limited quantity of silver and gold shipwreck coins and bars available for sale to the public. The legends behind these coins, combined with their awesome beauty, helps to make them some of the world’s the most desirable collectibles.

In December 1940, the S.S. Gairsoppa set sail from Calcutta, India. It was the height of World War II, and merchant ships on the open sea were easy targets for Nazi U-boats. Alone and unprotected, the steel-hulled British cargo ship was hit by a Nazi torpedo 300 miles southwest of Galway Bay and sank on February 16, 1941. Two expeditions beginning in 2012 recovered 99% of the insured silver aboard the ship — a haul valued at $35 million.

In 1865, the ex-military carrier S.S. Republic headed to New Orleans on her regular run from New York. On this trip, it was loaded with gold intended for use in rebuilding the fragile Post-Civil-War economy. The hurricane she encountered en route proved deadly, however, with the ship disappearing in the Atlantic Ocean off the coast of Savannah, Georgia.

In 1711, Spain was on the verge of bankruptcy after a hard-fought war with the Dutch and English, who had blocked and destroyed Spanish ships bringing treasure from the Americas to Spain. King Philip V had ordered an increase in treasure shipments to replenish Spanish wealth. Before long, the treasure was lying at the bottom of the sea.

In 1857, an elegant side-wheel steamer left San Francisco en route to New York, its passengers primarily prospectors who had made their fortunes during the California Gold Rush. A Category 2 hurricane resulted in the wreck of the S.S. Central America, loaded with more than two tons of gold dust, nuggets, coins and ingots. This shipwreck set off the Panic of 1857. After more than a century in 8,500 feet of water, the S.S. Central America was recovered, along with a trove of historical gold coins and bars now valued at more than $100 million.

On July 20, 1865, the S.S. Brother Jonathan set sail from San Francisco to Portland. Not long after disembarking, a storm engulfed the cargo-laden vessel, with 30-foot waves pummeling its decks. The captain turned the ship around in attempt to return to safety, but the ship struck a reef and sank. A portion of the ship’s gold coins and bars were recovered in 1996, but its safe containing millions of dollars worth of jewels, gold bars and gold coins has not yet been found.