The Most Influential of Rare Coins 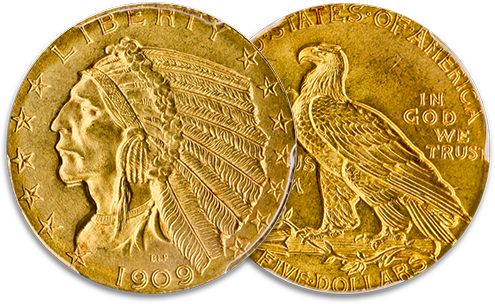 The rare coins market is dominated by the 14 U.S. gold coins that were minted for commerce from 1838 to 1933. These coins are the largest segment of the rare coin market by volume — and they are by far the most important.

Where Did the Coins Go?

U.S. gold coins were issued for circulation in six denominations: $1, $2.50, $3, $5, $10 and $20. The total mintage of U.S. gold coins exceeded 100 million pieces from eight mints. However, very few of these coins remain today. This is due primarily to two massive gold coin-melting events launched by our government, effectively transforming U.S. gold coinage from common monetary units into excellent long-term holdings for investors and collectors.

The first melting occurred in 1834 when the gold content of U.S. coins was reduced, due to the fact that the coins’ intrinsic value exceeded their face value. The second melting occurred in 1933, when more than 90% of all U.S. gold coins held by individuals, banks and the Treasury were recalled and melted into 100-ounce and 400-ounce gold bars.

Of the surviving U.S. gold coins that remain, not all are actively traded on the market. Many have been hoarded in sets or long-term investment portfolios.